Concussions in Women: Rates, Symptoms and Recovery Are Different 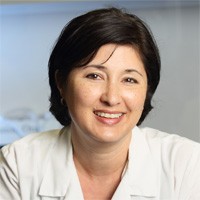 Dr. Mayumi Prins, professor of neurosurgery at the David Geffen School of Medicine at UCLA and director of the UCLA Brain Injury Research Center education program

Newswise — Scientists have known for more than a decade that female athletes sustain concussions at a higher rate than males when playing sports with similar rules, such as soccer, basketball and baseball/softball. Females also tend to report more symptoms—and more severe ones--and may also take longer to recover from brain injuries than their male counterparts.

Despite that information, relatively little is known about how females experience concussions differently because there has been scant research on the topic. But scientists are trying to hoping to change that, says Dr. Mayumi Prins, a professor of neurosurgery at the David Geffen School of Medicine at UCLA and director of the UCLA Brain Injury Research Center education program.

“Most of the research in the past has focused on males, and there’s been little basic science research done on adolescents, females and concussions,” Prins says, which means that the science on why girls may suffer more concussions and more prolonged symptoms is still uncertain.

But scientific research has shown that female and male brains differ in dozens of ways in activity patterns, anatomy, chemistry and physiology.

There are some reasons why concussions might affect female athletes and non-athletes differently than males. Those include hormonal issues, differences in how their upper bodies, particularly the muscles in the neck, react after collisions, and that females may be more likely than males to disclose concussion-related symptoms such as headaches, diminished social interaction or depression, Prins says.

For parents of children who participate in sports, Prins offers the following advice: