(Daylight Saving) Time is not on your side

Daylight Saving is coming. Here's what you can do to mitigate its effects. 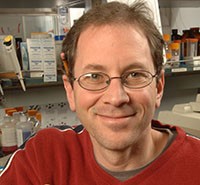 Newswise — On Monday morning, the Earth will continue to orbit the sun at roughly 67,000 mph. At the equator, the Earth will rotate about 1,000 mph in relation to its core. The planet’s axis will have an orbital tilt of approximately 23.5 degrees from the plane in which it orbits.

These are the metrics that determine when and where the sun rises and sets.

“Nothing in the world will have changed,” said Erik Herzog, professor of biology in Arts & Sciences at Washington University in St. Louis. Yet “we are telling you on Monday that you should wake up an hour earlier.”

On Sunday at 2 a.m. local time, we are “springing forward,” moving the clocks ahead one hour as we enter daylight saving time (DST). And on Nov. 4, we will move the clocks back one hour, returning to standard time.

Herzog, an expert on circadian rhythms, delves into how our bodies react to the change and what we can do to mitigate the negative effects.

On the 100th anniversary of DST, the state of Florida is looking to abolish the switch, observing the move to DST on Sunday and sticking with it. No going back to standard time. The move may do more than eliminate confusion; it has the potential to positively impact health.

“All we are doing is changing this thing on the wall and then asking your body to adjust to a new daily schedule with no clues from the environment,” Herzog said.

This adjusting has consequences: a documented increase in heart attacks and vehicle accidents for a few days after we make the switch, Herzog said. People often complain about “losing” an hour of sleep and blame that for the consequences, but Herzog said it’s more complicated than that.

“There is evidence that people get less sleep following the shift from daylight saving time,” he agreed, but the problem is deeper. “Internally, you become desynchronized from the local time. You’re trying to get yourself on a new schedule with nothing in the world helping you.”

“We have a form of jet lag, where the internal clock takes several days to adjust to a new schedule,” he added.

It’s during those days when heart attacks and vehicle accidents increase, Herzog said.

So what can be done (besides moving to Arizona or Hawaii, where the clocks remain on standard time all year)?

“Avoid artificial light at the end of your day on Saturday and seek bright light early on Sunday and on Monday,” Herzog said. That will cause you to wake up earlier on Sunday and Monday, helping your body more easily synchronize to the change.

Think of it this way: Imagine the sun has set. The clock on the wall and your biological clock agree, it’s time for bed. But an hour later, you look at a light source (for example, a spectrum lamp that mimics sunlight or your computer screen) before you hit the hay. When you see that light your body says, “Oh, thatwas sunset,” delaying your natural wake time. When you see light within a few hours of sunrise, you body says “Oh, dawn came early” and advances your natural wake time.

As for Herzog, he shuns alarm clocks and plans to wake up early on Sunday and go for a bike ride, soaking in the sun (weather permitting), which rises and sets just as it should, no matter what that thing on the wall says.