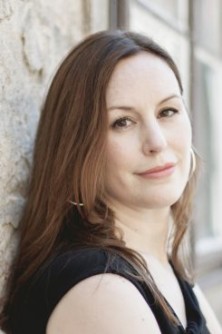 Geneviève Zubrzycki, director of the Weiser Center for Europe and Eurasia and professor of sociology and faculty associate at the Frankel Center for Judaic Studies at the University of Michigan.

Poland's Senate has approved draft legislation that would penalize language suggesting that the country was complicit in the Holocaust. The proposed legislation has drawn strong criticism from the U.S. and Israel, which has released a statement saying it 'adamantly opposes' the Polish parliament's approval of the bill. Israeli Prime Minister Benjamin Netanyahu says the legislation equates to rewriting history.

Geneviève Zubrzycki, director of the Weiser Center for Europe and Eurasia and professor of sociology and faculty associate at the Frankel Center for Judaic Studies at the University of Michigan, discusses the debate between Poland and Israel, and Polish-Jewish relations more broadly.

Zubrzycki is the author of the award-winning "The Crosses of Auschwitz: Nationalism and Religion in Post-Communist Poland." The book examines the relationship between Polish nationalism and Catholicism, with specific attention to memory wars and the contested use of religious symbols by ultranationalist Poles at Auschwitz. Her research focuses on Holocaust memory in Poland, Polish-Jewish relations, anti-Semitism, philo-Semitism and the revival of Jewish communities in contemporary Poland.

Q: Can you explain in general terms the new legislation drafted in Poland?

Zubrzycki: The legislation, if accepted, would "police" discourse about the Holocaust on two points: the first is quite broad—it would prohibit any claim that the Polish nation took part in the Holocaust. The second, related to the first, would specifically criminalize the expression "Polish death/extermination camps" to refer to German/Nazi camps in occupied Poland. That bill is not addressed to the Polish population per se, since no one in Poland refers to Nazi camps as "Polish." It is, however, used quite often in the U.S., although for several years now Poland has organized information campaigns that were successful in changing editorial practices of many publications. The first item is the more troubling since it could seriously curtail freedom of speech as well as research.

Q: Is there a reason this legislation is being proposed right now?

Zubrzycki: There have been very similar laws on the book for a while—for example, Article 133 of the penal code, which provides for up to three years' imprisonment for persons who "publicly insult the Polish Nation or the state." In 2006, Article 132a was added to the penal code stipulating that "anyone publicly accusing the Polish Nation for participating in, organizing, or being responsible for Nazi or Communist crimes" is subject to up to three years imprisonment. In the public sphere, Article 132a was nicknamed "Gross's Law," as it was specifically tailored to target Jan T. Gross, who published in 2006 a new book on postwar pogroms in Poland, "Fear: Anti-Semitism in Poland after the Holocaust."

"Fear" appeared in Polish two years later (2008), but Krakow's regional prosecutor's office declined to bring charges against Gross after investigating whether Gross violated Articles 132a and 133. The investigation was initiated by a group of right-wing MPs who filed a complaint to Poland's chief prosecutor. Since PiS has come to power in 2015, Gross has been brought in for interrogation at least twice. So the Law and Justice party (PiS) is now adding to this the criminalization of language that suggests that death camps were created and administered by Poles. This explains, I think, why they chose the eve of Holocaust Remembrance Day to announce the bill, given the attention on the Holocaust and on Auschwitz-Birkenau more specifically since it is commemorated on the anniversary of the liberation of Auschwitz on January 1945.

Q: Why has Israel come opposed the legislation so strongly?

Zubrzycki: Israel read that bill more or less as Holocaust denial because of the bill's prohibiting discourse that acknowledges/exposes Polish participation in the Holocaust.  Here we deal with two different ways of thinking about the Holocaust: for many Jews in Israel and North America, Poles were complicit in the Holocaust. Recent research clearly documents how Poles treated Jews during the war. But Poland, unlike France, Hungary and other nations, never officially collaborated with Nazi Germany, and suffered tremendously during the war. Many Poles see Poland as a victim of Nazism, not a perpetrator, and are insulted when camps, in which many Poles were imprisoned, tortured and killed, are referred to as "Polish camps."

Q: Would Poland's backing down be seen as foreign interference on their internal policies?

Zubrzycki: Poland might soften the law and focus on the "Polish camps" issue, which is much less problematic than the section of the bill that proposes to criminalize speech about Polish participation in the Holocaust.

Q: What are next steps for the legislation?

Zubrzycki: Given the Israeli and American outcry, I would expect the president to amend the text of the law.

Q: Is this affected by the perceived rise of right wing politics in Europe?

Zubrzycki: The current government is heavily invested in the "politics of memory," and "keeping the good name of Poland." That law would police that, but a lot of other campaigns play on that—for example, promoting knowledge of non-Jewish Poles who saved Jews. There's a rather large movement to reorient discourse away from "a few bad apples" to "the million Poles who saved Jews."