$1.2 million in grants to fund search for diabetes cure

Newswise — BINGHAMTON, NY – A biomedical engineering professor at Binghamton University, State University of New York is trying to find a cure for diabetes from several different angles, and three federal grantstotaling nearly $1.2 million will aid her and her research team in that quest.

The American Diabetes Association estimates that in the U.S. alone, more than 30 million people — about 9.5 percent of the population — are battling the disease.

“Diabetes patient numbers are growing every year, both Type 1 and Type 2,” said Sha Jin, an associate professor of biomedical engineering at Binghamton. “Now there are Type 3 and Type 4 in elderly patients, depending on the different symptoms.”

One experimental treatment — currently in clinical trials through the U.S. Food and Drug Administration — is pancreatic islet transplantation. Doctors remove islets with healthy beta cells from the pancreas of an organ donor and inject the cells into a vein that carries blood to the liver of a person with Type 1 diabetes. After a few treatments, the islets are expected to make and release insulin in the recipient’s body.

There’s a problem, however, with finding enough usable islets for the treatment. The demand far outstrips the supply. That’s where Jin’s research comes in.

A $400,000 grant awarded to her and fellow Binghamton researcher Kaiming Ye from the National Science Foundation will fund continuing research on the molecular mechanisms that lead stem cells called induced pluripotent stem cells (iPSCs) to grow into islet-like organoids.

Jin hopes to answer several key questions: How can scientists create a microenvironment to encourage the self-organization of islet-like architecture that is similar to a human islet? What are the key signaling pathways involved? How can these mechanisms be utilized to optimize the differentiation procedures? Scientists’ ability to do this is currently limited.

“The nature of those iPSCs is that they will spontaneously differentiate into any type of cell in our body,” Jin said, “so it’s going to be really messy in the Petri dish if we cannot control the pathway the cells go.”

Rather than a flat layer of cells, the scaffolds encourage three-dimensional structures of hormone-secreting endocrine or islet tissues. However, because there is no circulatory system like in the human body, supplying oxygen to all the cells cultured inside a scaffold is difficult.

“The problem is that a three-dimensional culture is a chunk, and in the middle the cells cannot receive enough oxygen due to its low solubility,” Jin said. “For other nutrients, this is mitigated because of their high solubility in the growth medium and cells can uptake those.

“But with oxygen, the cells on the top of the scaffold material receives it immediately and consumes most or all of it. The cells in the middle or lower areas of the scaffold receive zero oxygen, so they are dying.”

Jianjun Guan, a materials science professor at Washington University in St. Louis, is collaborating on this research by developing an oxygen-releasing material that will be tested on stem cells grown inside the scaffolds.

“If we can give an oxygen supply in situ inside a three-dimensional scaffold, not just the cells on the surface will receive oxygen but the entire scaffold,” Jin said.

The final award of $346,502 came through the NSF’s Major Research Instrumentation grant program, and it will fund the purchase of a high-performance, high-throughput, multicolor fluorescence cell analyzer that can better differentiate among types of cells. It not only will enhance Jin’s research but also will be a useful tool to other scientists at Binghamton University and regional healthcare providers for helping patients.

If successful, using scaffolding to grow human stem cells could lead to mini-organ models for use in drug testing, disease modeling and other medical research. Jin, of course, is thrilled to have the funding for her research — not only to purchase equipment and supplies but also to have more minds thinking about solutions.

“With this support, I can recruit more graduate and undergraduate students who are interested in pancreatic tissue engineering and want to work at my lab,” she said. “Together, we can continue in those directions.”

The grants providing funding are: 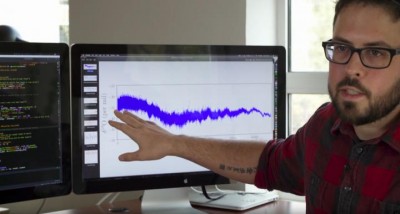