$1.8 Million in Funding Will Support New Research and Approaches to Mixed-Income Community-Building 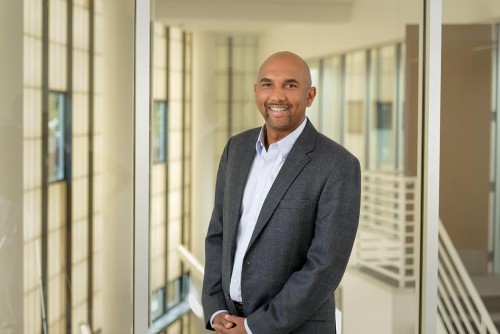 Newswise — CLEVELAND—Mixed-income housing communities were supposed to remedy the severe decline in the quality of public housing in the latter part of the 20th century, where families living in poverty were rarely—if ever—able to escape their dire economic situations.

But a body of research by Mark Joseph, Leona Bevis and Marguerite Haynam Associate Professor of Community Development at Case Western Reserve University’s Jack, Joseph and Morton Mandel School of Applied Social Sciences, found that building communities that offer a mix of market-rate renters, homeowners and public-housing residents has fallen short of its promise as an anti-poverty strategy. Joseph is co-author of Integrating the Inner City: The Promise and Perils of Mixed-Income Public Housing Transformation (University of Chicago Press 2015), which recently won honorable mention for Book of the Year from the Urban Affairs Association.

Now, with $1.8 million in new funding, Joseph, also founding director of the National Initiative on Mixed-Income Communities (NIMC) at the Mandel School, and his colleagues are leading an effort to learn how mixed-income development might more effectively promote social equity and inclusion—as initially intended.

Salin Geevarghese, former deputy assistant secretary for the Office of International and Philanthropic Innovation at the U.S. Department of Housing and Urban Development, was appointed the Network’s founding director. A $50,000 contract from the Michigan-based Kresge Foundation allows the Alliance to profile exemplary mixed-income initiatives.

In addition, a recent $300,000 grant from the Robert Wood Johnson Foundation will support a focus on the health implications of mixed-income communities. And the Kresge Foundation has just approved a $450,000 grant to support both the launch of the new mixed-income Network and the publication of an edited volume on mixed-income, mixed-use development in partnership with the Urban Land Institute and the Federal Reserve Bank of San Francisco.

“We are forming what I call a ‘mixed-income enterprise,’ with two major new national partnerships beyond our center,” said Joseph, also a faculty associate at the Center on Urban Poverty and Community Development.

“We are at a moment of trying to squeeze out maximum impact of mixed-income communities. These grants will allow us to build the partnerships and the outreach to do that,” Joseph said.

NIMC was founded at the Mandel School in 2012 to help reduce urban poverty and promote successful mixed-income communities by facilitating high-quality research and making information and evidence available to policymakers and practitioners. Joseph’s research has long focused on mixed-income development as a strategy for addressing urban poverty, with particular attention to transforming public-housing developments.

Mixed-income communities were created in response to social isolation and economic and public-sector disinvestment found in most urban areas with high poverty rates. The objective: to attract residents with higher incomes while maintaining affordable and public housing for lower-income residents. Ideally, Joseph has explained, the mix of residents and housing types would provide social networks that extend beyond the neighborhood and lead to employment opportunities and high-quality amenities and public services.

“This new funding will allow us to broaden the scope of our research, touch more places and drill down more deeply into innovative solutions,” he said. “It also will allow us to influence policy change: shaping the terms of a development agreement, building an effective partnership with private developers, deciding how a local school could be engaged in a development. This allows us to have a better foothold in influencing policy and practice.”