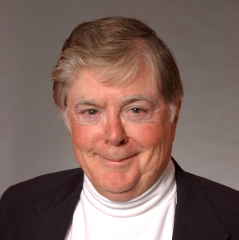 Sheldon Simon, professor in the School of Politics and Global Studies at ASU

Newswise — The debut of the new Ken Burns 10-part documentary series “The Vietnam War” on PBS last weekend brought back a period in American history when the country was more divided than it is now.

For more than a decade, the Vietnam War loomed over every aspect of American life. It came into homes in vivid color every night. Lives, people and families were shattered. More than 57,000 American troops died in Southeast Asia.

Sheldon Simon, a professor in the School of Politics and Global Studies at Arizona State University, is an expert on Pacific Rim geopolitics and the author or editor of 10 books. He is also an academic associate of the National Intelligence Council and a consultant to the U.S. Departments of State and Defense on Asian security issues.

American involvement in the country arose because of a misconception about the relations of the major players. It was the height of the Cold War, and the U.S. believed the Russians and the Chinese were aligned with each other. This hadn’t been the case since the 1950s.

“Our whole conception of what the Vietnam War was about was wrong,” Simon said. “It wasn’t Soviet expansionism; it was Vietnamese nationalism, which also happened to be Communist. ... We were involved in something that didn’t exist.”

ASU Now interviewed Simon about the fallout from the war.

Question: Forty-two years later, what changes did the war make in the region?

Answer: Tremendous. Vietnam is now a very important member of (the Association of Southeast Asian Nations); has been for a number of years. Vietnam is probably the most anti-China member of ASEAN. The Vietnam-U.S. relationship has never been better. We’re about to send one of our carrier battle groups to Cam Ranh Bay sometime in the next few months — first time since the end of the Vietnam War. We are involved in helping Vietnam develop a Coast Guard. We have military-to-military relations with Vietnam now. We have very important economic relations; in fact, we have a fairly large trade deficit with Vietnam.

Q: Some of the vets interviewed in the Ken Burns series express pride in their role in the global strategy of containment, which was supposed to prevent war between superpowers. What’s the perspective on containment now?

A: The Cold War is over. We’re concerned about Russia, but in a European context. Their behavior in Asia is minimal, although increasing.

We’re definitely concerned about China, but I would say China is a complicated relationship. We have major economic ties to China. China is the primary holder of our debt, which in effect makes a symbiotic relationship between Washington and Beijing. Neither one of us can afford to financially antagonize the other. ... Are we unhappy with China’s aggressive behavior in the East and South China Sea? Sure. Are we going to do anything about it? We don’t have a dog in that fight. We don’t have any claims in the East or South China Sea.

Q: This isn’t a geopolitical question, but some subjects in the documentary discuss the effect the war had on the American psyche. It was like the alcoholic father no one talks about. Why do you think that was the case?

A: I have my own take on that. It’s an important question. I think in part it’s the only war up to that point that we ever lost. We didn’t lose it militarily; we lost it politically. That was very difficult in terms of the national psyche. What we wanted to do was forget about it. We wanted to put it out of our minds.

A good example of that is the Army War College. During the Vietnam War the Army War College developed a whole curriculum on counterinsurgency from scratch because the only time we had engaged in counterinsurgencies was the turn of the century when we occupied the Philippines. ... The military policies we followed in Vietnam were conventional war: highly kinetic, heavy firepower, move in, pull out. Counterinsurgency required a whole different skill set. And we learned it. So we began teaching counterinsurgency. As soon as we pulled out of Vietnam, that whole curriculum was scraped. It was as if we never had the experience.