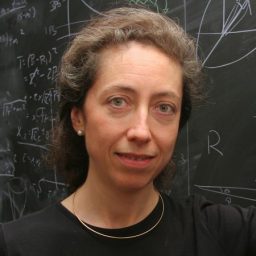 A decade ago, physicists at the European Organization for Nuclear Research (CERN) announced a newly discovered subatomic particle: the Higgs boson.

The particle was the last element of the theory of particle physics known as the Standard Model to still be missing experimental evidence. Its discovery filled in a missing keystone of the Standard Model and opened new directions for investigating fundamental physics questions.

Florida State University physics Professor Laura Reina is a member of the CERN Large Hadron Collider Higgs Working Group. Reina was recently featured in Science News, and she is available to speak to media organizations about the discovery of the particle, what it means for our understanding of physics and where research is headed.

Reina has been a convener of the CERN Large Hadron Collider Higgs Working Group since 2010 and serves on its Theory Advisory Committee. She is a fellow of the American Physical Society and of the American Association for the Advancement of Science.

“According to the Standard Model of particle physics, elementary particles acquire their mass via the interaction with an energy field, the Higgs field, that pervades the universe.

“Larger masses correspond to stronger interactions with the Higgs field. The Higgs particle is a manifestation of such an energy field. Without it, particles like the electron would be massless, atoms could not form, and our world would certainly look much different. The discovery of the Higgs particle confirmed the Standard Model up to the energies currently probed (billions of times the mass of a proton). A missed discovery would have seen the collapse of an otherwise extremely successful theory.

“In the decade after the discovery, physicists working at the Large Hadron Collider have been able to measure the Higgs particle properties, including several of its couplings to other elementary particles. One of the main goals of future research will be to explore such properties with enough precision to unveil possible anomalies — signals of new physics beyond the Higgs particle itself — and to use them as guidance in answering those open big questions about our universe.”