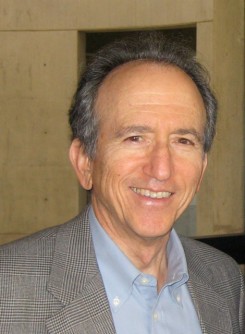 The prize honors a living individual for long-term extraordinary or unselfish service to astronomy, often beyond the requirements of his or her paid position. It is named for astronomer George Van Biesbroeck (1880-1974), who studied minor planets, comets, satellites, and double stars.

Hauser, an emeritus astronomer at STScI, said he is honored to receive the award. "I am very surprised and proud to learn that I have been awarded the AAS George Van Biesbroeck Prize for 2014," Hauser said. "This recognition from my colleagues in the astronomical community means a great deal to me. It has been a privilege to be a participant in the remarkable transformation of our discipline over the past 43 years."

In its citation, the Van Biesbroeck Prize committee recognized Hauser's long service to the astronomy community. The committee emphasized Hauser's "strategic vision" in establishing and leading the infrared group at NASA's Goddard Space Flight Center in Greenbelt, Md., and later, as STScI's deputy director, where he played a key role in turning STScI into a multi-mission institution.

Throughout his career, Hauser has had wide-ranging influence as a mentor to young scientists, including Nobel Laureate John Mather of Goddard. He also has served on an unusually large number of committees, often as chair, helping to guide major space-based astronomy missions and long-term strategic plans.

Hauser was a member of the Cosmic Background Explorer (COBE) science team. The science team used NASA's COBE satellite, launched in 1989, to measure the early universe's diffuse infrared and microwave radiation, which is considered a relic of the big bang. The COBE science team received several honors for their analysis of the COBE data, including the Gruber Foundation's 2006 Cosmology Prize.

Hauser served as deputy director of STScI from 1995 to 2009. During his tenure, he was a leader in the transformation of STScI to a multi-observatory organization that includes both the Hubble and James Webb space telescope programs.

Before arriving at STScI, Hauser worked at Goddard for 21 years, holding various management positions and performing astrophysical and cosmological research. He led the Infrared Astrophysics Branch for 14 years and subsequently served for 7 years as chief of the Laboratory for Astronomy and Solar Physics. He was a member of the science working group for NASA's pioneering infrared astronomy mission, the Infrared Astronomical Satellite (IRAS), and was principal investigator of the Diffuse Infrared Background Experiment (DIRBE) on NASA's COBE mission. Hauser also was a co-investigator on the COBE Far Infrared Absolute Spectrophotometer (FIRAS) and Differential Microwave Radiometers (DMR). The COBE instruments provided precise quantitative confirmation of the big bang as the origin of the universe, discovered the first evidence for the primordial irregularities that have led to the growth of the cosmic structures we see today, and provided the first detection of the cosmic infrared background radiation, a cumulative measure of energy released since stars and galaxies formed.

Throughout his career, Hauser served on many review and advisory panels for NASA programs, as well as study committees of the National Research Council, including Astrophysics Decadal Survey panels. Notable advisory roles for NASA include service as chair of NASA's Two Micron All-Sky Survey (2MASS) External Review Board (1995-2003); member (2002-2004) and subsequent chair (2004-2006) of the SOFIA Science Council; and member (1998-2001) and chair (2001 - present) of the Spitzer Space Telescope Science Center Oversight Committee. Among his 136 publications are 73 refereed publications on high-energy physics, astronomy, astrophysics, and cosmology.

For a photo and more information about Dr. Hauser and the Van Biesbroeck Prize, visit: