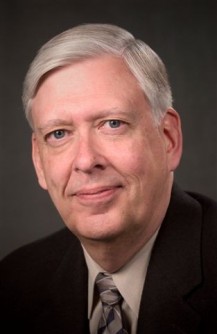 ARLINGTON, VA. (August 8, 2016) – Dale Eric Wurster, Ph.D., FAAPS, has been elected to serve as president-elect of the American Association of Pharmaceutical Scientists (AAPS), a professional member-based organization of approximately 9,000 located in Arlington, VA. He will begin a three-year term on the AAPS Board of Directors (as president-elect, president, and immediate past president) in November of this year at the 2017 AAPS Annual Meeting and Exposition in San Diego. The meeting anticipates an attendance of over 6,500 pharmaceutical scientists from around the world.

Dr. Wurster noted in his election bulletin, “I am heavily invested in the long-term success of AAPS, and I would like very much to be part of the strategizing being undertaken by the leadership team as it attempts to create an even more active and vibrant scientific organization; an organization which will be relevant to academically-diverse individuals well into the 21st century.”

“AAPS continues to effectively advance our mission and serve the pharmaceutical scientist community in great part due to the deep talent and commitment of leaders like Dr. Wurster, Dr. Bendayan, and Dr. Templeton” said Walt Marlowe, CAE, AAPS Executive Director.

About AAPS: The American Association of Pharmaceutical Scientists (AAPS) is a professional, scientific organization of approximately 9,000 members employed in academia, industry, government, and other research institutes worldwide. Founded in 1986, AAPS advances the capacity of pharmaceutical scientists to develop products and therapies that improve global health. Visit www.aaps.org today and follow us on Twitter and Facebook, hashtag #AAPS2017.