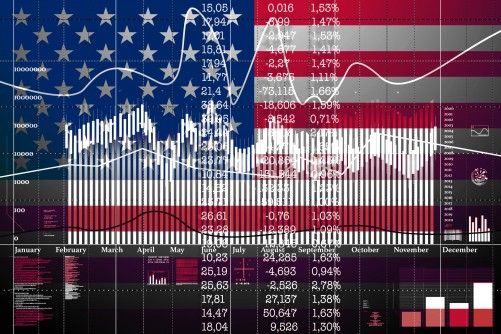 Newswise — After a tax cut for the middle class by the end of 2017, expect gross domestic product (GDP) growth above 2 percent in 2018 and 2019, according to Rajeev Dhawan of the Economic Forecasting Center at Georgia State University’s J. Mack Robinson College of Business.

“While President Trump pursues trade skirmishes, the economy will experience pain in the second half of 2017,” Dhawan wrote in his “Forecast of the Nation,” released today (May 18). “Part of the damage will be an increase to the sub-4 percent mortgage rates the housing market has become accustomed to, because of lower demand for treasuries by Asian nations as they sell less to us due to temporary tariffs and other trade measures.”

These trade skirmishes will be felt in the manufacturing and transportation sectors attributable to lower exports from the strengthening dollar and affect job creation in the short run.

“A good middle class tax cut, followed by a minor corporate tax cut, will be enough to mollify the financial markets after the trade skirmish induced pain,” Dhawan wrote.

Due to this pain, the president will be able to negotiate his tax deal. If not, Dhawan expects Congress to suffer in November of 2018.

“Following these tax reforms, economic growth will be above the 2 percent mark consistently in 2018 and 2019. Consumption will soar above 3 percent in each quarter of 2018 as these personal income tax cuts will be spent,” said Dhawan.

Dhawan also envisions increased business investment aiding job growth. But to get to 2018, the economy will go through some pain during 2017.

As a result of increased long bond yields, which are a side effect of Trump’s trade measures, the Federal Reserve will be able to stand pat following their June rate hike. Dhawan believes rate hikes will resume in early 2018, after trade skirmishes die down.

“The first quarter of 2017 indicates a disconnect between the soft indicators and the hard economic data,” he said.

Business and consumer confidence have shown sharp increases since the election, but first quarter GDP grew an anemic 0.7 percent. The number was dragged down by an inventory correction, warm weather that led to less spending on utilities and a drop in vehicle sales.

“The good news is the weather is hotter than usual now, inventories will get replenished soon and future reductions in vehicle sales will be gradual.”

Dhawan pointed out the economy has yet to see the “Trump bump” the stock market and a business friendly administration would predict.

“The harsh reality is retail sales were lackluster in February and March, and business investment indicators have not shown momentum,” Dhawan said. “Investment is a risky proposition, and no CEO or board wants to be caught spending based on promises. The daily drama in Washington does not help.”

March benchmarking revisions upgraded Georgia’s employment gains from 102,100 job additions to 120,600 in calendar year 2016. Thus, employment in 2016 grew by 2.8%, a maintenance of the job growth pace since 2014, according to Rajeev Dhawan of the Economic Forecasting Center at Georgia State University’s J. Mack Robinson College of Business.

“Employment in domestically demand driven sectors was revised strongly upwards, while employment in globally connected sectors was also revised up, but to a lesser extent,” Dhawan wrote in his quarterly “Forecast of Georgia and Atlanta” released today (May 18).

“This will have implications for future purchasing power, as jobs in domestically demand driven sectors such as hospitality, education, construction and government are typically lower paying, while globally influenced sectors such as large corporations and manufacturing are higher paying,” he said.

“Manufacturing employment creation has decelerated over the past few years, likely due to the strong U.S. dollar. Furthermore, Georgia’s exports also are falling,” said Dhawan.

“An increase in corporate jobs due to the large contingent of headquarters has generated demand for housing, especially in that Midtown and core area, which has resulted in a surge of multifamily permitting in particular,” Dhawan wrote. “Construction activity also was boosted by the hospitality sector.”

Thirteen hotel projects are currently in the pipeline, bringing the number of rooms in the city over 97,000 by 2020. Atlanta’s occupancy rate of 73 percent in 2016 was one of the highest levels in recent history.

Georgia’s corporate job additions are expected to continue to grow, albeit at a slightly slower rate.

“Even within the corporate sector, the lowest wage earners saw stronger growth than those in technical or management positions,” Dhawan wrote in his forecast.

According to Dhawan, the real issue is what the purchasing power of the jobs created will turn out to be.

“We can see from Georgia’s personal income growth that it has been on a moderating trend since the start of 2015,” the forecaster said.

Going forward, however, as President Trump is expected to undertake tough measures on trade deficits with U.S. trading partners, Georgia’s job growth, especially in high-paying, but globally-connected, sectors, will moderate, according to Dhawan.

“Eventually, this will affect spending on big-ticket items like homes and vehicles, as the ensuing trade skirmishes raise long-term interest rates,” he said

Looking beyond Atlanta, a decrease in tonnage movement at the port of Savannah led to a downward revision for the metropolitan statistical area (MSA). Athens, Albany, Gainesville and Macon also had jobs numbers revised downward. The Columbus MSA was revised downward near zero.

The Dalton and Warner Robins MSAs bucked the trend of downward revisions and were revised upward to growth of 1.4 percent and 2.6 percent, respectively.

Dhawan pointed out that MSAs outside metro Atlanta will be more immune to Trump’s trade actions than Atlanta with its globally-connected economy.

“However, Trump’s other administrative initiatives will provide a boost to small business activity and buoy overall growth. But employment will still moderate due to the negative effects of trade skirmishes,” Dhawan said.