13-Feb-2018 11:05 AM EST, by University of Virginia Darden School of Business
favorite_border 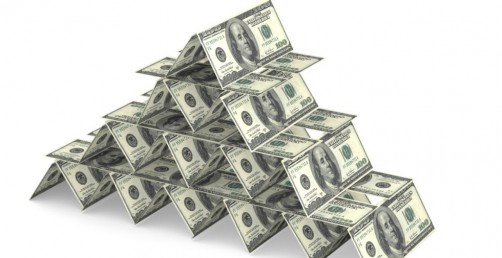 Editor’s Note: The following insights were delivered at an event prior to the stock market plunge of 2 February and entry into correction territory of 8 February, while the market was still rising steadily. At the time of the remarks, both experts considered the market overvalued, with Sargen anticipating a pullback of 10–20 percent and Beckenstein adamant that a coming crash was inevitable. Though neither felt comfortable pinpointing the timing of the downturn, their comments have quickly proven prescient.

Offering his annual economic forecast at an event hosted by Darden’s Richard A. Mayo Center for Asset Management and Darden’s Charlottesville, Virginia, alumni chapter, Beckenstein offered both an optimistic and pessimistic reading of a U.S. economy that has shown consistent, if modest, strength in recent years.

The optimistic view shows an economy largely humming along, with full employment, low inflation and a robust stock market. The recently passed Tax Cuts and Jobs Act should also provide some stimulus in the near-term, according to Beckenstein.

The flip side of the coin shows a constrained labor market with potentially rising wages, high underemployment, seemingly intractable income inequality, a looming debt crisis exacerbated by the tax reform bill and geopolitical risk that Beckenstein termed “high and rising.”

Beckenstein also expressed concern about increased trade barriers and a seeming retreat from global networks, which he said would ultimately harm efforts to increase productivity and middle-class wages.

“There is no such thing as isolated prosperity,” Beckenstein said. “Corporations need global supply chains. If not, people are going to do deals without us.”

The Elephant in the Room

Although Beckenstein expects major economic metrics to trend positively in the near-term, he predicted “serious shocks” in the not-too-distant future, with the unwinding of the Federal Reserve’s balance sheet “the elephant in the room.”

At some point, the Federal Reserve will need to sell trillions of dollars’ worth of the bonds it amassed during the Great Recession, which will presumably impact the broader bond market and likely lead to a correction in the U.S. equities market, Beckenstein said.

The Darden professor said he expected volatility to continue in the equity markets in 2018, with at least a 3,000 point spread between high and low. Beckenstein predicted gross domestic product (GDP) growth of 2.6 percent growth between the fourth quarter of 2017 and the third quarter of 2018, with core inflation of 1.9 percent and an unemployment rate of 4 percent. Beckenstein pegged the probability of a recession by the middle of 2019 at 50 percent.

Beckenstein’s prior-year forecast of 2.3 percent GDP proved to be spot on.

Animal Spirits and Economies in Sync

Beckenstein was joined at the presentation by Fort Washington Investment Advisors Chief Economist and Investment Strategist Nick Sargen, a Darden lecturer, who said prospects were favorable for continued economic growth, but one should not expect an “encore” to the market run-up of 2017.

Sargen said the sharp increase in markets in 2017 could be partially attributed to the “animal spirits” — the emotional and psychological factors that spur investors’ action in times of uncertainty — unleashed by the election of President Donald Trump, with markets expecting a return to policies reminiscent of those of President Ronald Reagan.

One important caveat to that narrative, however, is that global markets have been performing well simultaneously.

“What I believe happened is in 2017, for first time, the global economy was in sync,” Sargen said. “It was a true global experience. That is a powerful force that is continuing today — a rising tide is lifting all boats.”

Domestically, Sargen said the GOP-led tax bill signed into law in December was “the most sweeping change in corporate and personal income taxes since the Regan era,” and precisely the sort of action that that bull markets had been counting on.

As to whether the markets could sustain the momentum, Sargen did not foresee a similar level of exuberance in 2018, but said the key empirical issue would be whether the corporate tax cuts boosted capital spending, which has been modest in recent years despite low interest rates and strong earnings and cash positions.

“I would say I don’t think it yet fits the profile of classical bubbles,” Sargen said of U.S. equity markets. “Has the market gotten ahead of itself? In my view, yes. I’m anticipating a pullback, but I’m not saying we’re going to have a huge sell-off. Although the more it goes up without a pullback, the more nervous I get.”

Beckenstein is an authority on the impact of public policy and global events on companies and industries. He has worked in the areas of competition policy — antitrust, regulation and deregulation — as it affects company decision-making, as well as similar issues in environmental policy, and global economic and financial... Learn More