17-May-2022 9:00 AM EDT, by Lighthouse Guild contact patient services
favorite_border 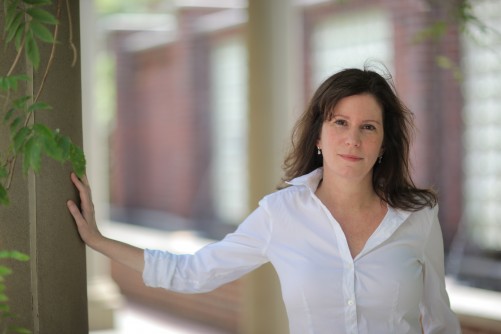 Newswise — Lighthouse Guild, the leading not-for-profit vision and healthcare organization, announced today that Sheila Nirenberg, PhD, has been awarded the 2022 Bressler Prize for her outstanding advances in vision science, including deciphering the retina’s neural code which is the key to restoring meaningful vision in people who are blind from retinal degeneration.

“Lighthouse Guild is committed to improving the lives of people with or at risk for vision loss. We believe it is important to publicly acknowledge scientists who are searching for and finding ways to understand visual mechanisms and restore vision,” says Calvin W. Roberts, MD, President and CEO of Lighthouse Guild.

“Dr. Nirenberg is opening new pathways to help people with vision loss lead full and productive lives by advancing our basic understanding of computational neuroscience and the codes neurons use,” he added, “enabling her to recreate the patterns of electric signals to the brain that could restore sight in people with retinal degeneration.”

A leader in the field of neural coding and a recipient of a MacArthur “Genius” Award, Dr. Nirenberg is currently the Nanette Laitman Professor in Neurology and Neuroscience and a professor of Computational Neuroscience at the Institute for Computational Biomedicine, Weill Medical College of Cornell University.

Dr. Nirenberg is also the founder and principal of Bionic Sight LLC, which is developing BS01, an investigational optogenetic gene therapy for advanced stage retinitis pigmentosa. The results from the first clinical trial show that the first six patients, all of whom started with complete or near-complete blindness, can now see light and motion, and, in four cases, can detect the direction of motion. These results were with the lower doses of the dose escalation study; the higher doses will be started this summer.

The patients began reporting observations about their perceptions 2-3 months after BS01 was injected, and then were tested objectively and quantitatively at a testing site at three-month intervals.

These results provide substantial evidence that BS01 is reaching the targeted cells and expressing the optogenetic gene at levels sufficient to produce visual responses, even at the lowest doses.

“While the number of patients is still small, the consistency is very promising, with no safety concerns so far,” said Dr. Nirenberg. “We’re looking forward to moving to the higher doses and plan to report additional results later this year.”

Dr. Nirenberg’s work in deciphering the retina's neural code led to the development of this new treatment for blindness, which bypasses damaged retinal cells and directly communicates visual information through the optic nerve to the brain. Dr. Nirenberg has published her research in such journals as Nature, PNAS, Neuron, and PLoS One.

Dr. Nirenberg obtained her doctorate from Harvard Medical School. She stayed at Harvard University for her postdoctoral work, concentrating on computational neuroscience, then joined the faculty in the Department of Neurobiology at UCLA. She then joined Weill Cornell Medicine, where she is a full professor.

About the Bressler Prize

The Bressler Prize in Vision Science, established in 2001 and first presented in 2003, is awarded to a person whose research has resulted in translation of medical or scientific knowledge into significant advancements in the treatment or rehabilitation of people with vision loss. Their efforts will have directly contributed to the mission of Lighthouse Guild to inspire people who are visually impaired to attain their goals.

As the 2022 Bressler Prize winner, Dr. Nirenberg will receive a prize of $25,000, and also lead Lighthouse Guild’s Annual Bressler Vision Science Symposium in New York City this fall, where she will be joined by other innovators who will present their work.