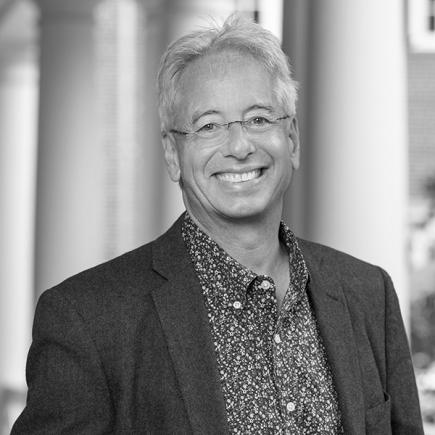 Globalization has opened up the world’s financial markets, yet non-U.S. firms have historically faced a disadvantage when it comes to raising capital. Andrew Karolyi, with co-authors Craig Doidge and René Stulz, set out to understand how international firms were affected by the 2008 global financial crisis. Their findings suggest that financial globalization has slowed down: The valuation gap — the difference between market valuations of comparable U.S. and foreign firms — has increased over the past decade.

What can we expect across global financial markets following the COVID-19 crisis?

YOU HAVE DONE EXTENSIVE WORK  ON WHETHER FIRMS CHOOSE PUBLIC OR PRIVATE MARKETS, AS WELL AS THE U.S. LISTINGS GAP, WHICH SHOWS THE DIFFERENCE BETWEEN THE NUMBER OF PUBLIC FIRMS THAT SHOULD BE LISTED, BASED ON THE COUNTRY'S ECONOMIC DEVELOPMENT, AND THE NUMBER THAT ACTUALLY ARE — WHICH IS SHRINKING. HOW DOES THIS REFLECT ON CHANGING GLOBALIZATION AND, GOING FORWARD, WHY WOULD ANYONE NEED TO GO ABROAD WHILE PLENTIFUL CAPITAL FLOATS AROUND DOMESTICALLY WITH ALL THE QUANTITATIVE EASING?

There have been a number of intriguing working papers that have come along since our paper, many of them coming up with rational explanations for why we have seen this unusual downdraft in the number of U.S. publicly listed companies. Some of the better ones are talking about the fact that alternative financing sources have simply risen to the fore to make going public less of a requirement for the maturation of a corporation — or at least to delay that action until much later in its lifecycle. I don't doubt that the rise of private equity financing and all these other alternative sources lie behind all of that.

You know, the irony is that when we were presenting the paper, people were asking us about how that downdraft is linked to what's happening in international cross listings. I remember saying to the audience members who would listen, “We don't really know,” and of course that led to us examining the pace of cross listing flows in the aftermath of the global financial crisis, along the lines of what's featured in here — and now I'm getting questions about domestic listings! They're clearly moving hand-in-hand, the fundamentals that are underlying the sort of the movement here in the landscape all around the world. There are a lot of commonalities.

WE’VE THOUGHT OF CONTAGIONS AS A METAPHOR IN FINANCIAL MARKETS, STEMMING FROM THEIR INCREASED INTERCONNECTEDNESS AROUND THE GLOBE. WITH THE CURRENT SITUATION, WE'RE THINKING ABOUT UNDERLYING ECONOMIC LINKS AS PART OF THE CONTAGION. SHOULD WE BE THINKING ABOUT THIS CRISIS DIFFERENTLY AS WE THINK ABOUT PRESCRIPTIONS FOR SOLUTIONS? HOW DOES A CRISIS DIFFER IF IT ARISES FROM FINANCIAL LINKAGES OR WHETHER IT'S LINKED REALLY ON THE ECONOMIC SIDE?

I remember distinctly the conversation among those who were pure financial economists, which I would liken myself to, and economists in general who were interested in studying financial markets. I remember we were asking and pursuing the same questions, but the paradigms that were guiding us to ask and answer those questions were different. If you go to the National Bureau of Economic Research, International Finance and Macroeconomics program meetings, you see different paradigms talking about the linkages in financial and real business cycles that people have been studying in and around the global financial crisis: They’re similar but different. One of the conclusions that I'm coming to is that my colleagues who are pure financial economists need to take much more seriously the fundamental real cycles. If this COVID crisis is not the ultimate wake-up call to take really seriously the fundamental real business cycles, maybe it should be. I think there could be a much better marriage of those real cycles and financial cycles going forward. Maybe this experience is helping us go there.

GIVEN THE CURRENT CRISIS AND THE FLIGHT TO SAFETY IN FINANCIAL MARKETS, WHAT WOULD YOU EXPECT AS SOME SHORT-TERM AND POSSIBLY LONGER-TERM IMPLICATIONS OF DE-RISKING?

Studying these flows and these financial contagion types of events, I suspect it’s likely that for the foreseeable future, we’ll maintain a risk-off environment, with investors seeking the safety of less-risky assets like bonds over riskier assets like stocks. This massive capital stop that we saw in emerging markets may not be something that snaps back quickly, and this may be a sustained period of unravelling of positions in markets around the world, emerging markets in particular. That said, Cam [Harvey]and others are more optimistic about returning to normal within six to nine months; if that’s the case, we may see a surge of capital flows back into emerging markets while people continue to grab yield. They go to logical places to find those investment earnings, and emerging markets have historically been such places; I could easily see a surge following this.

Andrew Karolyi co-authored “Is Financial Globalization in Reverse After the 2008 Global Financial Crisis? Evidence From Corporate Valuations” with Craig Doidge of the Rotman School of Management, University of Toronto, and René Stulz of the Ohio State University.

Visit the Richard A. Mayo Center for Asset Management’s Virtual Seminar Series for more insights for practitioners and academics amid the coronavirus.

This article was developed with the support of Darden’s Richard A. Mayo Center for Asset Management, at which Michael Farrell is a postdoctoral research associate.