7-Oct-2013 7:00 AM EDT, by University of Arkansas, Fayetteville
favorite_border 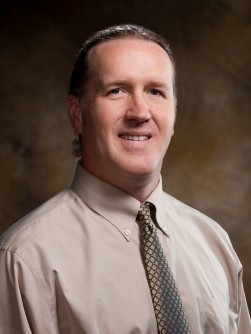 Newswise — FAYETTEVILLE, Ark. — A $32 million grant to be administered over the next five years by the University of Arkansas will take the first step in helping teenagers with disabilities enter the workforce.

According to Brent T. Williams, the cycle of poverty for people with disabilities begins in adolescence when they are unable to gain experience in the workforce.

“Most of us in the competitive workplace had a first entry-level job or internship at the beginning of our work lives,” Williams said. “That experience, good or bad, was instrumental in our later workplace success. Adolescents who receive Social Security disability benefits typically do not have a first job or internship experience. As such, they remain cut off from the world of work.”

Williams, an associate professor of rehabilitation education and research at the University of Arkansas, will lead the effort to help 1,000 adolescents who receive Supplemental Security Income secure their first paid work experience.

The project, a collaboration of the university, the Arkansas Department of Education and other state agencies is part of a national initiative known as PROMISE, which stands for “Promoting Readiness of Minors in Supplemental Security Income.” The PROMISE program is a joint initiative of four federal agencies: the departments of education, health and human services, labor and the Social Security Administration.

University researchers will gather data on the participants over the course of the five years to investigate the strength of the possible correlation between initial paid work experiences and later competitive employment, Williams said.

“The findings from this research could go a long way toward facilitating the independence and societal inclusion of adolescents with disabilities,” Williams said. “Less than 10 percent of adolescents with disabilities who receive Social Security disability benefits ever achieve competitive employment. This isolates and marginalizes them for the rest of their lives. It is socially unjust and, for the Social Security Administration, financially untenable.”

A total of 2,000 adolescents between the ages of 14 and 16 who receive SSI will be recruited for the Arkansas PROMISE project. The youth will be divided into two groups, with half receiving the intervention of job coaching and benefits counseling, and the other half serving as a control group that does not receive the intervention.

Williams serves on the editorial board of the Journal of Vocational Evaluation and Work Adjustment and has held leadership positions in the American Rehabilitation Counseling Association (ARCA) and the National Council of Rehabilitation Education (NCRE).

Williams coordinates the rehabilitation counseling program in the College of Education and Health Professions at the University of Arkansas. The program was recently ranked eighth in the nation in scholarly productivity.