35,000 Gallons of Prevention - Containing a Tunnel Flood with an Inflatable Stopper 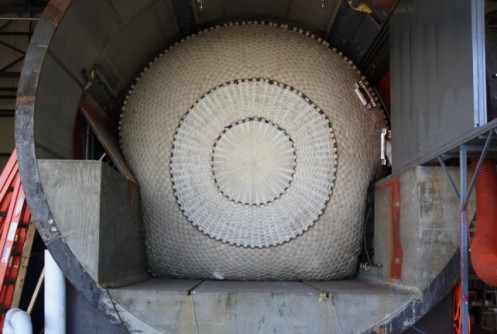 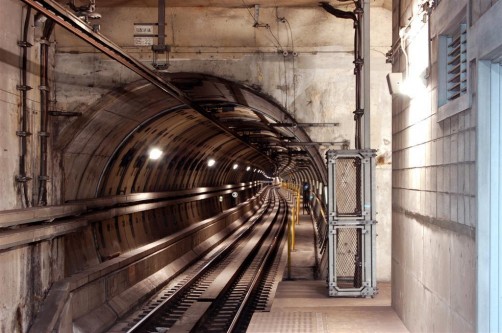 35,000 Gallons of Prevention:Containing a Tunnel Flood with an Inflatable Stopper

Newswise — Twenty years ago in Chicago, a small leak in an unused freight tunnel expanded beneath the Windy City and started a flood which eventually gushed through the entire tunnel system. A quarter-million people were evacuated from the buildings above, nearly $2 billion in damages accrued, and it took 6 weeks to pump the tunnels dry. How much more costly – in lives and infrastructure – would a flood in a heavily used, underwater subway tunnel be today? In January 2012 the Department of Homeland Security (DHS) Science and Technology Directorate (S&T) successfully tested an unprecedented technology for containing flooding or dangerous gases in mass transit tunnels: a giant plug. S&T’s Resilient Tunnel Project (RTP) has developed an enormous inflatable cylinder, tunnel-shaped with rounded capsule-like ends, that can be filled with water or air in minutes to seal off a section of tunnel before flooding gets out of control.

For years mass transit experts have pondered ways to block off a section of a tunnel to quickly contain the spread of water. Ideally, the tunnel could be plugged, much as a drain is plugged by a rubber stopper. But is it actually possible to isolate part of a tunnel at a moment’s notice? Retrofitting a transit system with retractable, watertight doors might seem an obvious solution, but doing so could be cost-prohibitive and incredibly disruptive. S&T’s new tunnel plug provides an affordable, easily installed, quickly deployable solution to protect vital mass transit systems. Developed in partnership with Pacific Northwest National Laboratory, West Virginia University (WVU) and ILC Dover—longtime maker of NASA space suits—the plug inflates (with water or air) to dimensions of roughly 32-feet-long and by 16-feet-wide, and holds 35,000 gallons, about the same capacity as a medium-sized backyard swimming pool. When not in use, the plug packs down to a small storage space in the tunnel, ready for remote, immediate inflation in an emergency from the tunnel system’s command center.

Designing, building, and testing this giant capsule proved quite complicated. “No one’s ever done this before,” says S&T Project Manager Dr. John Fortune. “It’s a completely novel technology,” adding that although he’s proud to be first, a major challenge of the project has been the lack of a precedent or prior model. Although the plug’s cylindrical shape is an obvious choice for sealing off a tunnel, those tunnel walls are far from smooth. Pipes, vents, lights, and subway tracks line transit tunnels, and most include a raised service walkway on at least one side. How to block off such an irregular cross-section presented the RTP team a thorny problem. To ensure a tight seal, engineers designed the plug’s full circumference to be sufficiently larger than the tunnel itself. The additional material allows the plug to envelop the irregularities and conform to the existing space. But even this design feature was a balancing act to get right: too much extra material could create wrinkles and allow high-pressure flood waters to course around the plug. In addition to making the plug the perfect size for the tunnel, the team needed to make it strong enough when inflated to restrain a full tunnel’s worth of water, yet pliable enough to be compressed into a small space when not in use. Fortune and his team tested different fabrics and shapes on the way to the present design. Initial tests on a single-layer inflatable plug were promising; however, the design proved unsuccessful when a full scale prototype failed during pressurized testing. S&T’s project team aggressively pursued new designs, ultimately settling on the present one: three separate layers. On the outside, the plug hardly looks inflatable: thick webbing made of Vectran ®, a liquid-crystal polymer fiber, calls to mind a thickly woven cargo net more than a balloon but provides strength and shape to the plug. Two additional layers, one of non-webbed Vectran and one of polyurethane, seal the air or water used as the inflation medium inside. “We used the same design and manufacturing techniques we use in space suits and inflatable space habitats,” explained Dave Cadogan, Director of Engineering at ILC Dover. “The webbings and underlying layers form a tough barrier that is strong and resilient to damage.”

“We’re utilizing the strongest fabrics in the world,” explains Fortune. “Textile engineering is cost-prohibitive, so we sought to obtain fabrics available on the market.” Using a commercially available fabric reduced development costs and will make plugs more affordable for mass transit operators.

January’s tunnel plug test was conducted in a specially-built test tunnel in Morgantown, WV. “Our testing facility is configured like a tunnel in a major metropolitan city,” said Eduardo Sosa, research assistant professor in Civil and Environmental Engineering at WVU. “It is the next best thing to actually doing the test in a tunnel.”

During the test, the project team first inflated the plug with low pressure air to allow full inflation and conformity to the shape of the tunnel. (In actual operation, this low-pressure air inflation might suffice for the need to restrain explosive or otherwise deadly gases.) Water was then added to the plug to replace the air and achieve the design pressure. Finally, they closed the end of the test tunnel and "flooded" it with enough water to mimic the intense pressure of a real-life tunnel flood well below sea-level. The result? Despite the high pressure, the seal held; the plug was a success. With a simple appearance that belies the innovation behind it, the tunnel plug is just one of many DHS S&T projects that provide resilience—the ability to recover quickly and with minimal damage from an emergency—to the nation’s transportation systems, electrical grids, and cyber networks.

When lives and livelihoods depend on these critical infrastructures, “an ounce of prevention” — or in this case, thousands of gallons — is an investment worth far more than its weight in water. 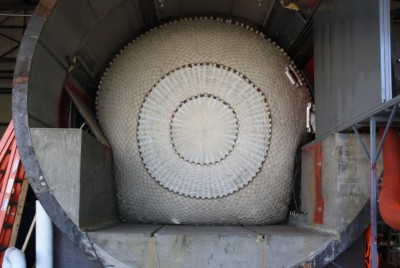 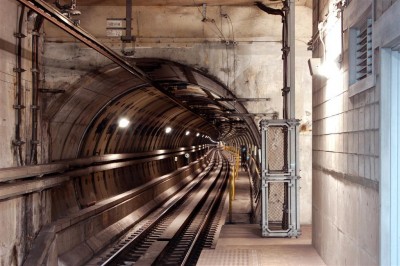