35-second scan could pick the next sporting champion 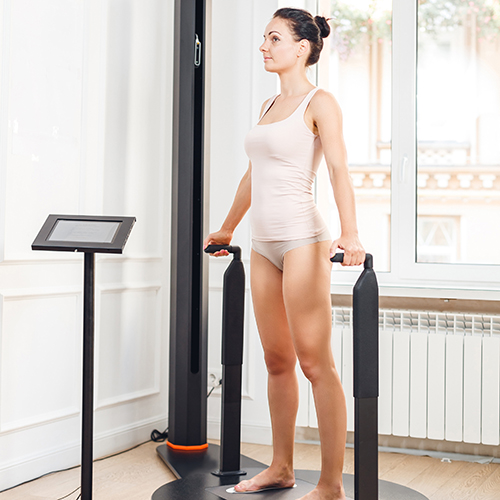 A 3D body scanner could replace manual anthropometric tests and MRIs for athletes.

Newswise — How hard is it to pick the next Usain Bolt, Ian Thorpe or Anna Meares? Finding a world champion often falls to talent scouts and involves years of hard work, but could it be as simple as a 35-second body scan?

A new paper by University of South Australia and University of North Dakota sports scientist Professor Grant Tomkinson analyses how a $7500 3D portable whole-body scanner can identify sporting talent for particular codes and monitor body changes in athletes to ensure they are performing at their peak.

Prof Tomkinson, an adjunct researcher at UniSA based in the United States, has tested the reliability of a 3D whole-body scanner to measure athletes’ shape and composition, comparing it with X-rays, MRIs and manual tests, which involve bone calipers and girth tapes.

Anthropometry has been used for decades to identify talent, improve sports performance and health, but manual assessments and x-rays have their drawbacks, Prof Tomkinson says.

“3D scanning is less invasive than manual tests, and because it is fast, large samples can be easily measured, there is no need for physical contact, it doesn’t require a lot of expertise and it can measure body surface areas and volumes,” he says. “And, unlike x-rays, it doesn’t emit any potentially harmful radiation.”

Prof Tomkinson and a team from the University of North Dakota scanned 49 athletes (30 women and 19 men), subjecting them to a series of 35-second scans, extracting millions of measurements within 2 mm accuracy.

All that is required is a 3D camera, a turntable and measurement extraction software.

“3D scans measure both cross-sectional areas and volumes and surface areas so they are generally better predictors of sporting success than manual tests,” he says.

In a few seconds a 3D body scan can measure the length of an arm and leg, the circumference of a thigh, or a body girth, as well as detect any asymmetries, such as scoliosis, or different leg lengths, which can affect the body’s musculature.

Similarly, marathon runners have a very defined physique – they are shorter, lighter, have longer legs relative to their torso and are leaner than the average person.

3D whole-body scanning has recently been used in several large anthropometric surveys of military personnel and the general population, but there is scant reliable anthropometric data on athletes beyond traditional manual measures, Prof Tomkinson says.

“Tracking changes in whole body and lean mass using 3D scanning would be an inexpensive and safer alternative to x-rays and magnetic resonance imaging (MRI) and could potentially be used to identify talent earlier and refine training to improve performance,” Prof Tomkinson says.

“Reliability of the Styku 3D Whole-Body Scanner for the Assessment of Body Size in Athletes” is published in the journal Measurement in Physical Education and Exercise Science.