Newswise — The legacy of dynamic urban school reformer Marcus Foster is a message of how schools and community should work together. The work of Foster, superintendent of the Oakland, Calif., schools in the early 1970s, and a product of Philadelphia schools as a student, teacher, principal, and administrator, was cut short when he was assassinated Nov. 6, 1973 by the Symbionese Liberation Army.

The book, "In the Crossfire: Marcus Foster and the Troubled History of American School Reform" (University of Pennsylvania Press 2012) by John P. Spencer, associate professor of education at Ursinus College, brings to light Foster’s achievements and relates them to current issues in school reform.

Current debates on achievement gaps among students of varying socio-economic status and racial backgrounds — and on whether education alone can eliminate those gaps – were anticipated in Foster’s conviction that while schools can make a difference, schools and communities must work together on common ground. Yet, contends Spencer, “Foster’s balanced outlook is too often neglected in school reform today, which tends to hold schools accountable while letting the rest of society off the hook.”

In the Crossfire explores the history of urban education reform against the backdrop of Foster’s life and work. Spencer says in his introduction that the book draws on history to make an argument about current school reform debates, reconstructing a vision of shared accountability. “This effort to mobilize multiple constituencies was essential to the urban educational success stories that dotted his career, and a lesson for current policymakers who would take aim at the achievement gap without addressing the full range of school and non-school factors that have created it” says Spencer.

Foster was a teacher and ultimately principal of Philadelphia’s Simon Gratz High School (where the athletic fields are named for him) and associate superintendent of the Philadelphia schools. In 1970 he was tapped to be the first African American Superintendentof the Oakland Unified School District in Oakland, Calif. A native of Athens, Ga., he grew up in Philadelphia, graduated from Cheyney State College (where the student union building is named for him) and earned a doctorate from the University of Pennsylvania. After his violent death (bullets laced with cyanide), the Symbionese Liberation Army (SLA) claimed Foster had supported oppressive security measures in the Oakland schools, but the SLA misconstrued Foster’s position, notes Spencer. Today the School District of Philadelphia awards the Marcus A. Foster Award, and in Oakland, The Marcus A. Foster Educational Institute awards scholarships to high school students and to Oakland public schools teachers who develop innovative educational projects.

In the book, Spencer shows that years before “No Child Left Behind,” and the charter school debate, “urban educators such as Foster had helped establish the idea that, with proactive leadership and high academic expectations, urban schools could be ‘effective schools’ – and a key to social mobility – regardless of the social and economic background of their students.

“Though Foster’s assassination was a devastating setback for these hopes and expectations in Oakland, the belief that urban schools should be an answer to inequality, as opposed to a reflection or even a cause of it, did not die with him. . . . Today’s policy debates are dominated by the same basic idea that animated Foster: race and social class should not determine a student’s success in school and in life, and schools should be held accountable for fulfilling that promise – specifically by eliminating achievement gaps.”

Foster put his focus not only on schools but on the social and economic forces that shaped them. Foster’s life, according to Spencer shows us that the “roots of this current focus on accountability run much deeper than is often appreciated. . .” and that school accountability is only half the battle.

In the last 10 to 15 years, says Spencer, at times the nation has embraced narrow and simplistic versions of the accountability ethos that came out of Foster’s era. “We don’t hear enough about the complexities of school and classroom life that make or break lasting reform.” This simplistic view risks negating a sense of hope in urban settings.

Spencer hopes that Foster’s legacy will inspire leaders to do what Foster did: combine a sense of urgency with a sense of scope, and concede that school revitalization efforts need to mobilize diverse constituencies. Foster’s life “offers a cautionary lesson for school reform” in that larger forces need to be addressed as well as the schools themselves.

Spencer’s Ph.D. from New York University is in U.S history. He received a B.A. in history and a teaching credential in social studies from Brown University. The Ph.D. dissertation on which his book manuscript is based received the Claude Eggertsen Prize from the History of Education Society. John’s work as an historian and teacher are informed by five years of experience as a high school and middle school history teacher in the San Francisco Bay Area and by consulting and professional development work for the City University of New York (American Social History Project) and the University of Pittsburgh. 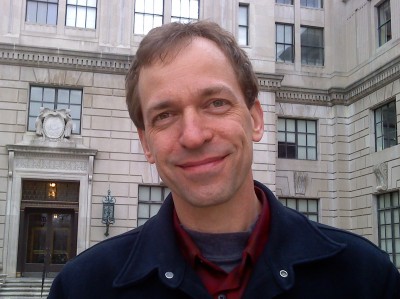 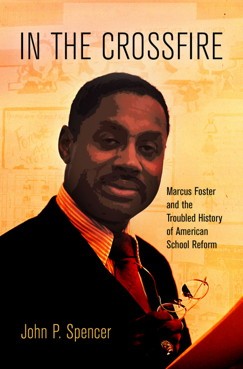 Caption: Book by John Spencer published by U Penn Press