Radiocarbon measurements on the remains of 42.000 years old New Zealand kauri trees provide the basis for better calibration of geological archives of this period 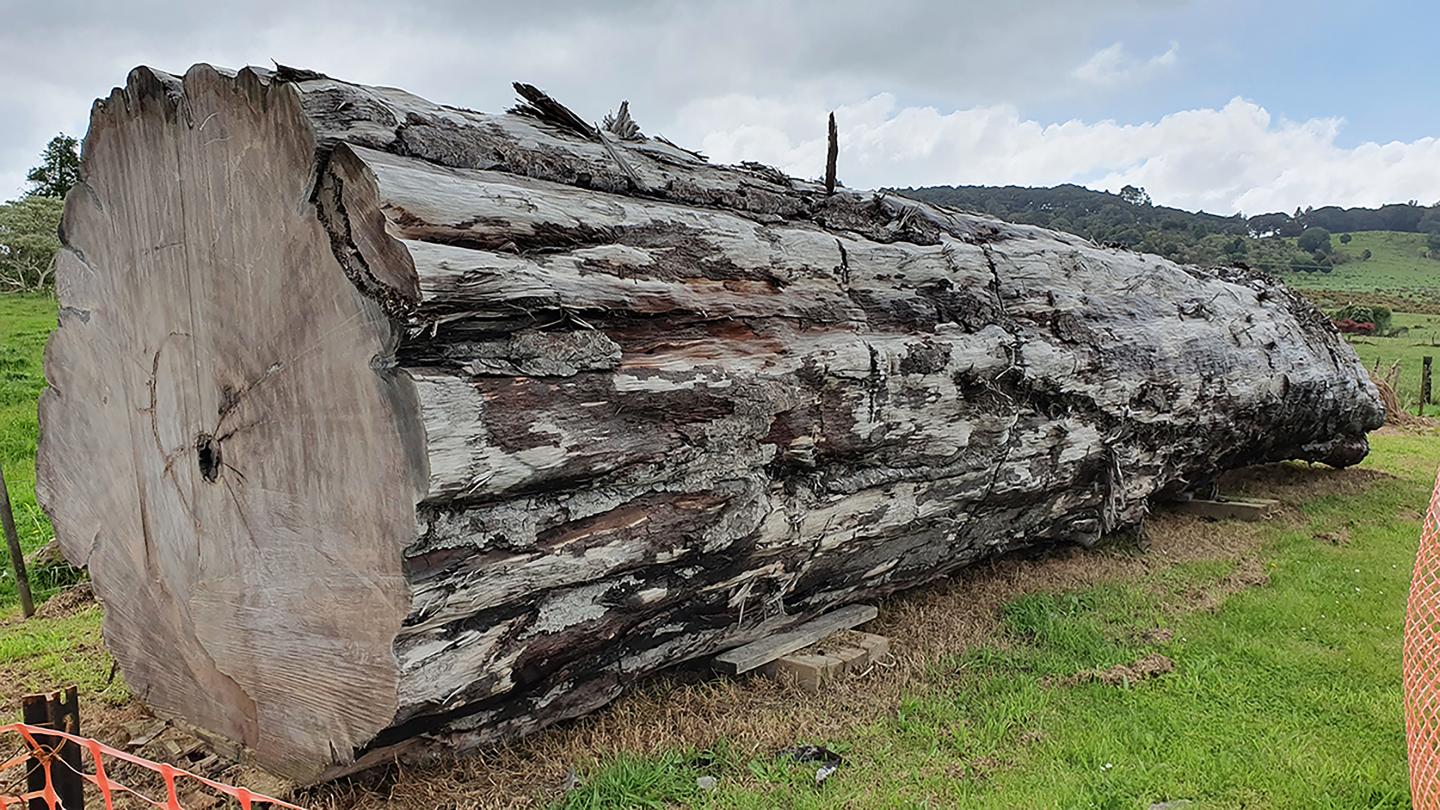 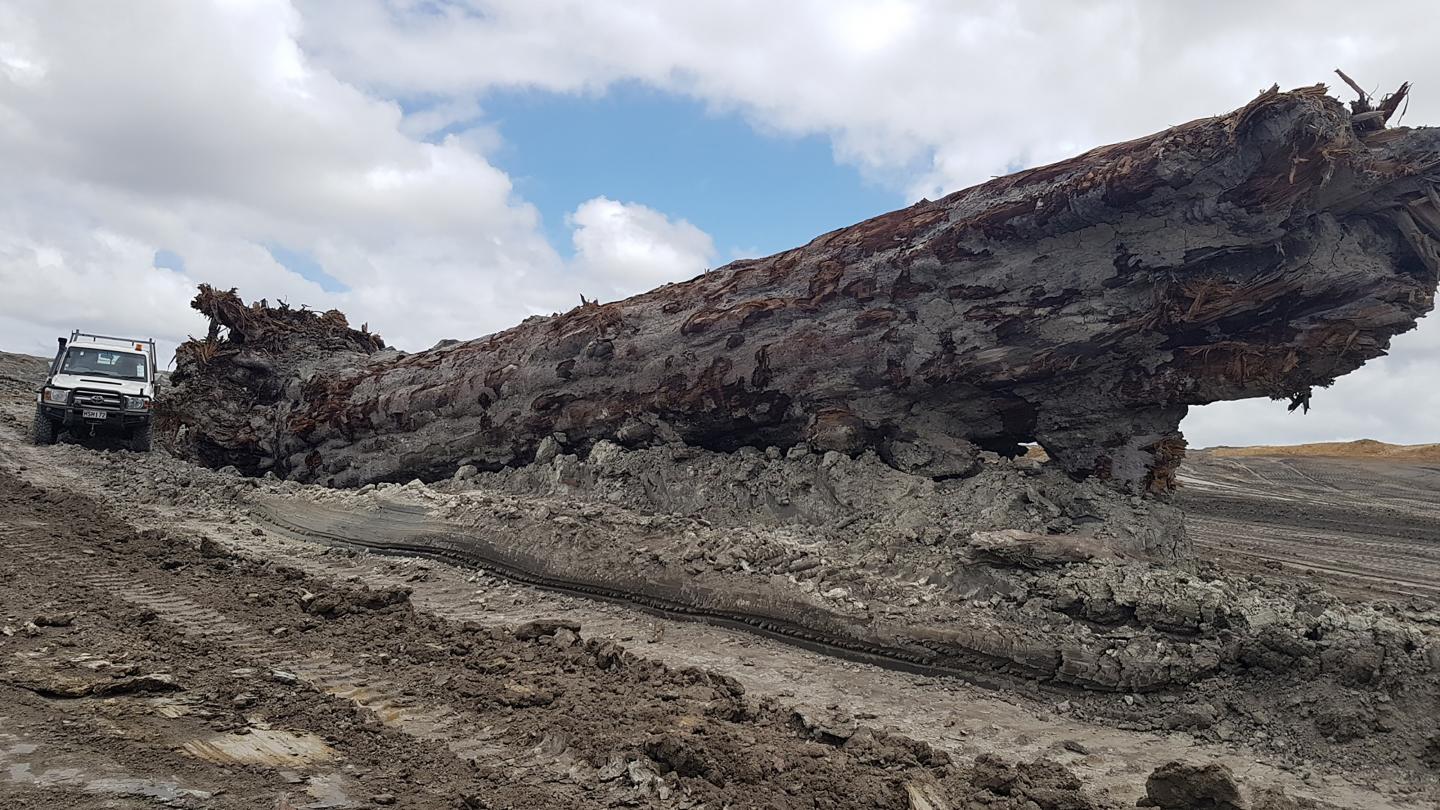 Newswise — The last complete reversal of the Earth's magnetic field, the so-called Laschamps event, took place 42,000 years ago. Radiocarbon analyses of the remains of kauri trees from New Zealand now make it possible for the first time to precisely time and analyse this event and its associated effects, as well as to calibrate geological archives such as sediment and ice cores from this period. Simulations based on this show that the strong reduction of the magnetic field had considerable effects in the Earth's atmosphere. This is shown by an international team led by Chris Turney from the Australian University of New South Wales, with the participation of Norbert Nowaczyk from the German Research Centre for Geosciences Potsdam and Florian Adolphi from the Alfred Wegener Institute, in a study that now appears in the journal Science.

The Earth's magnetic field undergoes permanent fluctuations and occasionally even reversals of polarity occur. Their causes, course and effects are not yet fully understood. Researchers have now investigated the so-called Laschamps event in more detail. It refers to the last complete reversal of the polarity of the Earth's magnetic field around 42,000 years ago. Not only did the magnetic field change direction, it also dramatically lost strength over a period of several hundred years.

This exact chronological classification is now possible by linking different data sets. Firstly, the researchers used results on the Earth's magnetic field from sediment cores of the Black Sea by Norbert Nowaczyk and his team from 2013, which were matched with Greenland ice cores via climate variation documented at the same time.

Secondly, the exact analysis and dating of the events was only made possible by the radiocarbon (14C) analysis of a sub-fossil kauri tree that grew in the wetlands of Ngawha in northern New Zealand for around 1700 years during the period in question and was subsequently very well preserved in the swamps.

Chris Turney had reported on this finding from about 40,000 years ago during a visit to the German Research Centre for Geosciences in Potsdam (GFZ) a few years ago. "As a geomagnetic scientist, I immediately had a link to the Laschamps event in mind and suggested 14C analyses, which had not yet been done on trees from that time," says Nowaczyk, who heads the Laboratory for Palaeo- and Rock Magnetism at the GFZ.

The background: With the dwindling of the magnetic field, the Earth is losing an important protective shield against cosmic radiation, at least in part. This is also reflected in increased levels of the radioactive carbon isotope 14C in the trees. The reason for that is the increased formation of 14C in the Earth's atmosphere during the bombardment of nitrogen by high-energy, electrically charged cosmic particles.

"The sub-fossil kauri trees are an exciting archive of atmospheric composition," says Florian Adolphi, palaeoclimatologist at the Alfred Wegener Institute, Helmholtz Centre for Polar and Marine Research (AWI). These trees can live for several thousand years and record annual variations in atmospheric radiocarbon content as they grow, which the research team measured precisely.

"These data improve the calibration curve for radiocarbon dating, allowing more accurate dating of a wide range of climate archives and fossils. They also allow a direct comparison to ice cores: beryllium isotopes measured there show similar variations to the radiocarbon in the trees, as the production of both isotopes in the Earth's atmosphere depends on the intensity of cosmic rays hitting the Earth," explains the study's co-author. He uses this effect to synchronise trees and ice cores with high precision and reduce the uncertainty of comparing the two archives from several thousand years to about 100 years.

To investigate further effects of the weak Earth's magnetic field on the atmosphere and thus also on the global climate, the researchers carried out simulations of atmospheric chemistry. Among other things, they found a decrease in ozone. "Unfiltered radiation from space was breaking up air particles in the Earth's atmosphere, separating electrons and emitting light - a process called ionisation," Turney explains. "The ionised air 'sizzled' the ozone layer." This triggered a wave of changes in the atmosphere, including increased dazzling light shows that we know as the aurora borealis, which at the time may have been observed not only near the poles but across the globe.

It is important to further analyse the effects of the weak magnetic field in this direction in view of current developments, says Nowaczyk. Because the Earth's magnetic field has already been weakening for about 2000 years. Compared to the first direct measurements 170 years ago, a weakening of nine per cent was observed, in the area of the South Atlantic even thirty per cent. Whether this means that a pole reversal is in the offing for the next one to two thousand years is debatable. However, a collapse of the natural radiation shield would pose a great challenge to our present-day society, which is very much based on electronics.

On the basis of these new possibilities for the chronological classification of the events 42,000 years ago, the main authors of the study put forward even more far-reaching hypotheses about the effects of the Earth's magnetic field reversal - for example with regard to the extinction of the Neanderthals or the onset of cave paintings. Nowaczyk does not rule out the possibility that there are causal connections here, but considers it rather unlikely.