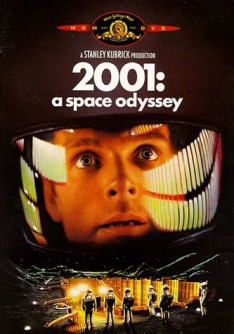 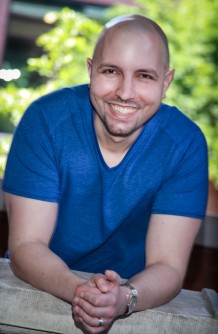 Newswise — AMES, Iowa – Fans and critics still revere Stanley Kubrick’s “2001: A Space Odyssey” for the visual and auditory experience it provides as they travel with a space crew to Jupiter to explore the existence of extraterrestrial life – but it is far from what moviegoers might expect for a space journey.

The movie opens with the dawn of humanity and a prolonged scene of apes fighting – an unusual setting, which confused many viewers when the film was first released, said Justin Remes, an assistant professor of film studies at Iowa State University. It is still a common complaint today for those who find the 1968 classic too slow or hard to follow.

Remes can relate. His first attempt at watching “2001” ended after just 10 minutes. He says he didn’t have the patience as a 15-year-old to figure out why apes were fighting in a science fiction movie, and put his dad’s VHS copy back in its case. Fast-forward three years. Remes says he was ready to give the film a second chance, and this time he watched from beginning to end.

“I was completely mesmerized. I had never come across a film that was so ambitious, mysterious and overwhelming,” Remes said.

Filmmakers including Steven Spielberg, George Lucas and James Cameron credit Kubrick for inspiring their work, and it is fair to say the film had a similar effect on Remes. He says “2001” – released 50 years ago in April – helped him appreciate film as an art form.

“Kubrick taught me that film could be just as powerful and thought provoking as painting, music and literature,” he said. “To this day, when people ask why I decided to become a film professor, I tell them it all started when I first saw ‘2001: A Space Odyssey’ as a teenager.”

The computer-generated images in movies today may make it difficult to appreciate the special effects in “2001,” which set a new standard, especially for science-fiction films. Remes says the combination of imagery – produced with all practical effects – and music is what makes the film so powerful. The two elements take center stage because of the limited dialogue throughout the movie.

“It is one of the most visually sophisticated films ever made,” Remes said. “And the music is so carefully selected that it adds layers of meaning and really draws in the viewer.”

The visuals might not have had the same effect if Kubrick stuck with the original score composed for the film. Remes says the music failed to encompass “the awe and majesty” Kubrick wanted to capture, so he replaced the score with classical pieces by Johann Strauss II and Richard Strauss, which created the desired effect and amplified the images.

Not a traditional sci-fi film

The absence of dialogue forces viewers to develop their own interpretation of the movie. Remes says Kubrick was “intentionally unhelpful” during interviews, when asked about the meaning of certain images or answers to philosophical questions posed in the film. Kubrick did not want to force his interpretation on viewers, since this might prevent them from reaching their own conclusions.

The film is also memorable for Kubrick’s use of a camera lens with a red eye to portray the character of HAL 9000, an artificial intelligence that controls the spacecraft and interacts with the crew. Remes says HAL has a calm, human-like voice and is a critical part of the film.

“Hal is a remarkable character. He’s mainly just a disembodied voice, but it is a voice that has a great deal of power, depth and complexity,” Remes said. “You end up identifying with HAL in a way that you don’t for the human characters. I think almost everyone cares about HAL more than they care about the human characters in the film.”

The inclusion of HAL as a character also poses many of the film’s philosophical questions: Can AI be conscious and make moral or immoral decisions? Could it be unethical to disconnect an AI?

“It is a challenging film and I like that. It gives you puzzle pieces and then it is up to you to try to put them together,” Remes said. “Even if you’re not interested in science fiction, you can still admire the film for its beautiful visuals, powerful music and challenging ideas. In my opinion, ‘2001’ is the greatest film ever made.”