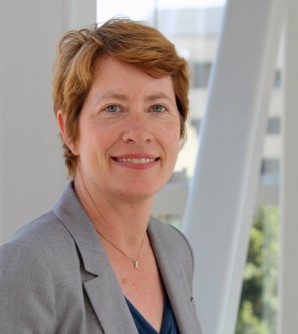 Newswise — Researchers at Children’s Hospital Los Angeles have received an $8.4 million grant from the National Institutes of Health (NIH) to conduct research to improve HIV care and prevention in a study focusing on Black, Latino and multiracial gay and bisexual young men – a group at the highest risk for contracting HIV.

With the aim of changing the course of the HIV epidemic in the U.S., the Healthy Young Men’s Study (HYM) will investigate use of the latest technologies and biomedical interventions to help prevent new HIV infections in highly impacted communities, and improve health outcomes for young men living with HIV.

Of all new infections in young men who have sex with men, or YMSM, 54% were among African Americans and 22% were among Latinos, according to a 2012 report from the Centers for Disease Control and Prevention (CDC). The HYM study will examine risk factors for HIV infection, as well as barriers to or facilitators of engagement in care and prevention in this population.

“The rate of new HIV infections in this group is extraordinarily and unacceptably high. This is the only group for which there has been no change in either rates of new infection or cases of AIDS,” said the study’s principal investigator Michele D. Kipke, PhD, vice chair of research in the Department of Pediatrics at Children’s Hospital Los Angeles and director of the Community, Health Outcomes & Intervention Research Program of The Saban Research Institute at CHLA.

“For example, young African-American homosexual men are five times more likely to be HIV positive, seven times more likely to be undiagnosed, and are less likely to seek and remain in HIV/AIDS care than their white counterparts,” Kipke said, adding that her past studies show that homophobia and racism contribute to the high rates of infection among YMSM of color.

In addition, it is estimated that about 60% of all young people who are HIV positive are unaware of their status. Changing the course of this epidemic will require engaging high-risk populations in testing, and providing high-quality health care for people living with HIV using a “treatment as prevention” strategy, in which antiretroviral therapy leads to a dramatic reduction in transmission rates, according to the researchers.

The HYM study builds upon prior research led by Kipke, who began her career during the onset of the AIDS epidemic in New York City in the mid-1980s. She has led several large NIH and CDC studies focused on understanding risk factors among adolescents and vulnerable populations, and developing new interventions focused on stopping the spread of HIV. Results from this research demonstrated that the stigma of HIV, experiences of racism, internalized homophobia and violence are risk factors for HIV infection among YMSM of color. Along with involvement in illicit drug use and risky sexual behavior, they may lead to toxic stress responses that can affect the physical and mental health of these young men.

The study team plans to recruit and track a cohort of 450 YMSM of color within the Los Angeles area. Collaborating with experts from diverse disciplines, the research team will investigate the use of new technologies such as mobile and telehealth solutions, smartphone apps, and wearable devices to examine how to better engage this vulnerable youth population in HIV testing, and then link HIV positive individuals to quality health care and help them to adhere to treatment.

“We now have new biomedical interventions that have the potential to significantly curb new infections, and new technologies to help improve adherence to treatment for those who have been infected,” said Kipke, who is also professor of pediatrics and preventive medicine in the Keck School of Medicine of the University of Southern California (USC) and co-director of the Southern California Clinical and Translational Science Institute at USC. “The HYM study provides a unique opportunity to leverage advances in science and medicine to help end the HIV epidemic in the United States.”