$8 Million Grant to Reduce Tobacco Use in High-Use Countries 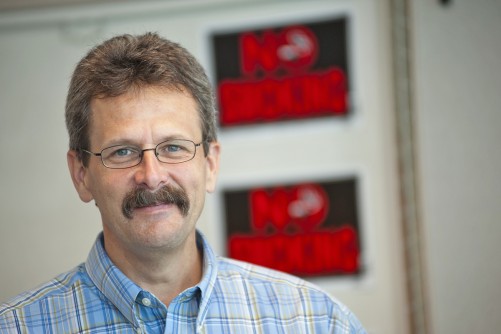 Newswise — Bloomberg Philanthropies has awarded the University of Illinois at Chicago $8 million to accelerate the development of effective tobacco tax systems in low- and middle-income countries.

As a new core partner, UIC joins six other global health organizations in the Bloomberg Initiative to Reduce Tobacco Use, a nearly $1 billion program to reduce the worldwide demand for tobacco through comprehensive, evidence-based policy reform and public awareness campaigns. The Bloomberg Initiative has made significant progress over the past 10 years in many areas, such as smoke-free air policies and graphic health warning labels.

UIC was selected by the Bloomberg Initiative to advance global progress on tobacco taxation. UIC will use the funding to engage with policy-makers in countries with the highest and fastest-growing rates of tobacco use, including Bangladesh, China, India, Pakistan and others.

“Studies from around the world show that a substantial increase in tobacco tax is not only the most effective method of reducing tobacco use, it is also a driver of significant, long-lasting health and economic benefits,” said Frank Chaloupka, research professor of health policy and administration and principal investigator on the grant.

Chaloupka’s research has challenged the idea that many smokers are so dependent on nicotine they will continue to smoke no matter how much it costs. His work also provides evidence that tobacco control does not harm economies, a point directly in opposition to arguments put forth by the tobacco industry.

Collaborating with local research organizations will be a primary focus in the first phase of the two-year grant, Chaloupka said.

“We want to partner with organizations in these countries and assist them in producing the evidence-based research needed to counter arguments from the tobacco industry,” said Chaloupka, who is also director of the Health Policy Center in UIC’s Institute for Health Research and Policy.

In the second phase of the grant, UIC will focus on raising awareness of evidence-based tobacco tax policies among high-level government officials and civil society organizations. Chaloupka and his team will provide an information and resource hub to share knowledge and advance tobacco taxation as the most effective tobacco-control tool.

More on Bloomberg Philanthropies is at bloomberg.org.