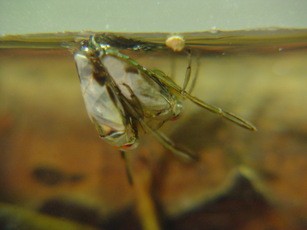 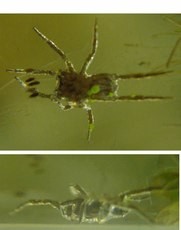 Newswise — Hundreds of insect species live mainly underwater, but how do they breathe? University of Alberta researcher Morris Flynn did a study to find out how these species are able to remain underwater without drowning.

According to Flynn, the rough, waxy surfaces of insects and spiders are water-repellent. In some species, water-repellency is so pronounced that creatures may survive underwater for indefinite periods. This is achieved by an air bubble called a plastron that the insect traps between its body and its hairs, creating an external lung. This lung facilitates oxygen and carbon dioxide exchange with the surrounding water. "The closer together the hairs, the more pressure the bubble can withstand before collapsing," Flynn says.

Flynn did this research while he was at MIT in Massachusetts. He is now continuing his work in the department of mechanical engineering at the University of Alberta.

This research is in the August 10 issue of the Journal of Fluid Mechanics.