17-Jan-2018 1:05 PM EST, by Huntsman Cancer Institute at the University of Utah
favorite_border 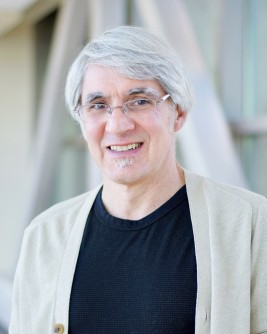 The research was led by Sean Tavtigian, PhD, a cancer researcher at Huntsman Cancer Institute and professor of oncological sciences at the University of Utah

Newswise — SALT LAKE CITY – Researchers developed a new mathematical tool to validate and improve methods used by medical professionals to interpret results from clinical genetic tests. The work was published this month in Genetics in Medicine.

The research was led by Sean Tavtigian, PhD, a cancer researcher at Huntsman Cancer Institute (HCI) and professor of oncological sciences at the University of Utah, in collaboration with genetics experts from around the United States.

Tavtigian utilized Bayes' Theorem, a math equation first published in 1763, as the basis of a computational tool he and the team developed to assess the rigor of the current, widely-used approach to evaluate the results of a clinical genetic test.

Clinical genetic testing is used in a variety of medical fields, including cancer care, obstetrics, and neurosciences, among others. Results of a genetic test may help to provide a definitive medical diagnosis, or assess the likelihood of a person to develop a particular disease before symptoms appear. The range of approaches employed to provide health care based on the results of the test can vary significantly. Patients may be at negligible risk for disease with no medical management required, or they may pursue costly, invasive medical treatment in an effort to stave off disease or manage and minimize symptoms.

With millions and millions of changes possible in genes that control health in any given person, the challenge of discerning which gene changes are likely to cause disease is vast. In the past few years, human genetic researchers have identified thousands of Variants of Uncertain Significance (VUS), that is, genetic changes without a known understanding of how they may impact a person’s health. “A large fraction of VUS are believed to be generally harmless,” describes Tavtigian. “One only wants to change the medical management of patients when the genetic testing identifies a variant that is likely to be disease-causing. Against a huge population of harmless VUS, how do you identify the small subset that are likely to require medical management?”

The research team set out to reduce subjectivity or interpretation bias in the review of genetic test results to determine whether a patient is susceptible to disease. Using the computational tool they designed, they tested 18 subjective rules recommended by the American College of Genetics and Genomics (ACMG) in the current framework for assessing results of clinical genetic tests. They found that the ACMG's system of 18 rules is statistically sound and that the rules are objectively strong. Also, the rules generally maintained their relative strength when tested against one another. Further, the team explored ways to allow the framework to continue to be employed as new findings about genetics are added to this body of knowledge.

“The scale of genetic testing used by specialists is growing exponentially, with genetic testing laboratories working to keep up with the demands of processing and interpreting the results of genetic tests,” says Tavtigian. “The points of internal consistency that we found did not have to be true—yet they are, and it is important that the genetic testing community knows this. We hope this work will help accelerate application of results from these tests to make decisions about patient care, adding years to patient's lives.”

Genetics in Medicine is the official peer-reviewed journal of the American College of Genetics and Genomics.

The University of Utah contribution to this study was funded by the National Institutes of Health, National Cancer Institute P30 CA042014, R01 CA164944, R01 CA121245, and the Huntsman Cancer Foundation.

Huntsman Cancer Institute (HCI) at the University of Utah is the official cancer center of Utah. The cancer campus includes a state-of-the-art cancer specialty hospital as well as two buildings dedicated to cancer research. HCI treats patients with all forms of cancer and operates several clinics that focus on patients with a family history of cancer. As the only National Cancer Institute (NCI)-Designated Comprehensive Cancer Center in the Mountain West, HCI serves the largest geographic region in the country, drawing patients from Utah, Nevada, Idaho, Wyoming, and Montana. HCI scientists have identified more genes for inherited cancers than any other cancer center in the world, including genes responsible for hereditary breast, ovarian, colon, head, and neck cancers, along with melanoma. HCI manages the Utah Population Database - the largest genetic database in the world, with information on more than 9 million people linked to genealogies, health records, and vital statistics. The institute was founded by Jon M. and Karen Huntsman. Mr. Huntsman is a Utah philanthropist, industrialist, and cancer survivor.