A Diet of Fruits, Vegetables May Help Kidney Disease Patients 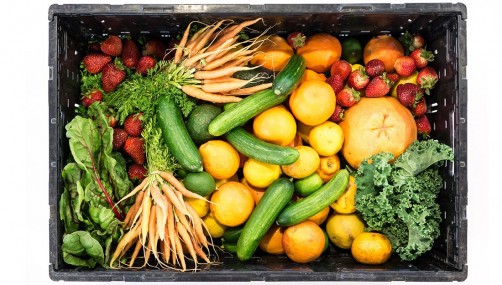 Newswise — Sometimes treating a chronic disease can be as simple as adding fruits and vegetables to the diet, at least that’s what researchers at the Texas A&M College of Medicine have found.

People with kidney disease commonly develop a condition called metabolic acidosis, which means there is too much acid in bodily fluids because the kidneys are struggling to remove it. Eating alkaline foods can help counterbalance the acid. “Fruits and vegetables are highly alkaline,” said Nimrit Goraya, MD, a clinical assistant professor at the Texas A&M College of Medicine and a nephrologist at Baylor Scott & White Health Central Texas. “We decided to study whether ‘prescribing’ fruits and vegetables to kidney disease patients would treat their metabolic acidosis.”

The 108 patients in the study—all of whom had both high blood pressure and stage 3 chronic kidney disease—were randomly selected to receive added fruits and vegetables, an oral alkaline medication, or the usual standard of care. After one year of the study, the fruit and vegetable group was doing just as well as the group on the drug. “The results were really striking, though, when we looked at other differences between the groups,” Goraya said. “Not only did the acidosis of the fruits and vegetables group get better, but they also started having better blood pressure control, weight loss and other benefits of eating a healthy diet.”

Now that the study is in its fifth year, the team is ready to say that both consuming fruits and vegetables and taking the oral medication reduced a marker of metabolic acidosis and preserved kidney function about the same amount.

The researchers knew that many of their patients were living in food deserts, and many were eating fast food diets. Therefore, they partnered with a food bank to provide each participant, and their families, with the produce they needed. Relatively common and inexpensive foods—potatoes, raisins, spinach and apple juice—were an integral part of the diet. The participants were also not told how they should prepare the food.

“The data supported that if you eat a good diet that supplements your medications, not only will you be healthier, it will also be more cost-effective,” Goraya said. “There are a number of reasons to eat fruits and vegetables, but this is one more, and the results help negate the excuse that it’s too expensive to eat healthy foods.”