A Dog Lives On; Now the Stage Is Being Set for Treating Humans 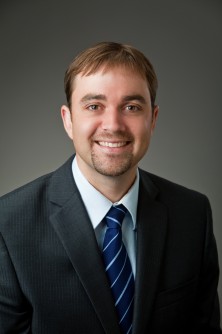 Biomedical engineer Scott Verbridge of Virginia Tech will lead a team that focuses on targeting and destroying the most therapy-resistant infiltrative cells in malignant glioma.

Newswise — Almost five years ago, a seven-year old Labrador Retriever was operated on, using a technique eventually patented by Virginia Tech biomedical engineering faculty member Rafael Davalos. The beloved family pet was suffering from a cancerous mass in the brain, and all other forms of medical treatment had been exhausted. The operation completely eradicated the malignant tumor, and follow up examinations of the canine proved the procedure’s success.

The team’s findings were reported in the February 14, 2011 issue of the Journal of Technology Cancer Research and Treatment and, since this surgery, the investigators have continued experiments and mathematical modeling techniques that are leading towards effective treatments for humans affected with glioblastoma, the most common and deadly malignant brain tumor.

Today, the National Cancer Institute (NCI) has awarded one of Davalos’ colleagues, Scott Verbridge, an assistant professor of biomedical engineering and mechanics at Virginia Tech, a $386,149 research grant to take a related medical procedure a step closer to using on humans. Verbridge will lead a team that includes Davalos and focus on targeting and destroying the most therapy-resistant infiltrative cells in malignant glioma.

Glioblastoma is the “most common and deadly malignant primary brain tumor, and it is almost universally fatal, with a five year survival rate of less than five percent,” Verbridge said. “This statistic has not improved significantly in decades, and there is still no treatment option to preferentially target the glioma stem cells or diffuse infiltrative cells that lead to tumor recurrence after surgery, chemo, or radiotherapy.”

Davalos’ technique used on the canine patient is called irreversible electroporation. The investigators propose in the current project that these pulses can be tuned “to target the unique physical properties of malignant cells,” Verbridge said.

By contrast, chemotherapy and radiation used to reduce or eliminate cancerous cells are not discriminatory and also affect healthy cells.

Clinical trials using the irreversible electroporation procedure have occurred in the treatment of liver, kidney, pancreatic and lung cancer.

"The procedure is essentially done with two minimally invasive electrodes placed into the targeted region, delivering approximately 80 pulses to the site in about one minute. The pulses are high voltage, but low energy, so no significant heating occurs as a result of the procedure," Davalos said.

Pulse duration is significant in this process. Earlier studies have demonstrated that length of the pulse accounts for the dead cell lesion size, and the current work will explore the impact of varying these parameters on the response of different cell types within gliomas.

In addition to researching the response of cell lines, experiments will also include patient-derived cells harvested by colleagues at the Wake Forest University and The Ohio State University Comprehensive Cancer Centers. The researchers plan to build three-dimensional in vitro tumors using these patient-derived cells. They will then characterize the response of the most highly aggressive tumor cell populations, in physiologically relevant tissue models, to these electric field therapies. Using live staining techniques and confocal microscopy, the researchers will be able to measure real-time responses of the cells to the irreversible electroporation.

“We believe our studies will provide a significant advancement in our understanding of glioma biology and point to new treatment possibilities,” said Verbridge who conducted postdoctoral research at the National Institutes of Health (NIH) funded Cornell University Physical Sciences in Oncology Center. Verbridge is also a principal investigator on an additional NIH funded project investigating glioma transcriptional dynamics, in collaboration with Chang Lu of Virginia Tech’s Department of Chemical Engineering.

In addition to Davalos, a National Science Foundation CAREER award recipient, Verbridge’s collaborators on this new project are: Michael Sano, a postdoctoral fellow at Virginia Tech who is working on the effects of electric fields on tissue level systems; Waldemar Debinski, director of the Brain Tumor Center of Excellence at Wake Forest University; Ichiro Nakano, associate professor of neurological surgery at The Ohio State University Medical Center; Glenn J. Lesser, professor of internal medicine, section on hematology and oncology at the Wake Forest University School of Medicine.