A Front Row Seat to History 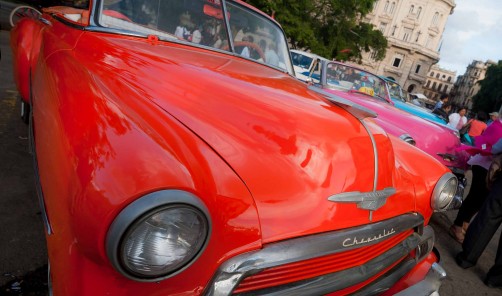 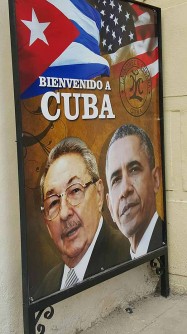 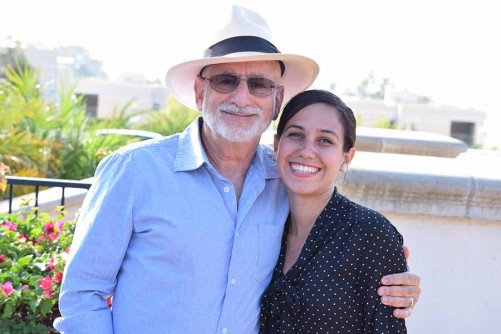 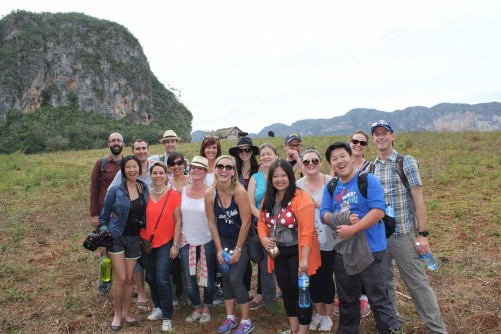 School of Global Policy and Strategy students on a day trip to Vinales Valley, west of Havana. 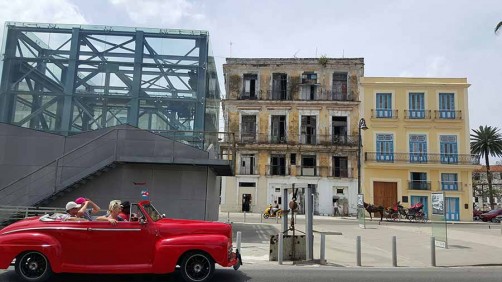 “When we approached the plaza in Old Havana and saw an American flag hanging next to a Cuban flag, I will never forget that,” said the School of Global Policy and Strategy graduate student.

Silvestri and 15 classmates traveled to Cuba March 18-25 as a conclusion to their winter quarter course “Cuba: Revolution and Reform,” taught by professor Richard Feinberg. A tradition in its fifth year, this trip couldn't have occurred at a better time: the students had a front-row seat to history in the making.

Their stay overlapped with President Barack Obama's official state visit, the first to Cuba by a sitting U.S. president in 88 years. It also coincided with a baseball game between the Cuban National Team and Tampa Bay Rays—the first such game in 17 years—and a free concert in Havana by the Rolling Stones, the band's first-ever performance in the country after decades of western rock music forbidden by the government.

Global Policy and Strategy student Mariana Lopez said they could “breathe in” the Cuban people’s identity and pride everywhere.

“The immediate connection with Cuban people could be felt in every corner,” Lopez said, noting how Cuban and U.S. flags flew alongside one another off of balconies and on taxi dashboards. “The atmosphere and spirit in Havana at the time of Obama’s visit was very positive, yet mixed with uncertainty. People were—and are still—hoping to see changes coming soon.”

The principal architect of the 1994 Miami Summit of the Americas during President Bill Clinton’s administration, Feinberg is a former diplomat, policy advisor and corporate consultant. He is a nonresident senior fellow at the Brookings Institution, authoring three reports assessing Cuba’s economic reforms on foreign investment, the country’s private enterprise and the emergence of its middle class. For Brookings, Feinberg recounted his sense that Obama’s visit has the potential to give average Cubans a greater voice in determining their own national destiny.

Amid engaging in the excitement over Obama’s visit, Global Policy and Strategy students stuck to an agenda that built on what they learned in Feinberg’s course, which hones in on politics, economics and foreign policy in contemporary Cuba, assessing the social gains of the 1950s revolution and the challenges of reforming socialism and, later, communism.

Staying in Havana with daytrips into the countryside, the students focused on understanding Cuba’s culture, entrepreneurism and technology. The itinerary included a visit to the Museum of Cuban Art, immersion in the Old City and a meeting with the Cuban hip-hop duo Obsesion for a conversation on race and gender equality.

“Having an opportunity to discuss social issues with Cubans after having … a class about the social issues in Cuba made for a very powerful learning opportunity,” said David Price, a member of the class who is set to graduate with the school’s Master of International Affairs in 2017.

“In particular, it was impactful to have a chance to speak with tobacco farmers in Vinales, [giving] a window into the rural heart of Cuba and into the culture that exists outside of the city,” he said. “This trip reinforced my belief that the very deepest and strongest education is experiential. When one interacts, touches and feels the subject matter they are learning, the educational experience is both deeper and more profound.”

Students also connected with Cuban economists, urban planners and former diplomats, as well as the founders of multiple tech startups. They learned about Airbnb’s growth in the country, and visited several small businesses, including the first private car service on the island, Nostalgic Cars.

For graduate student Marla Recio Carbajal, who is from Cuba, the private-sector facet of the trip was most fascinating. Working as the owner of her own boutique when Feinberg and Global Policy and Strategy students first embarked on the Cuba trip, Recio Carbajal became acquainted with the students, the class and the university.

“There is so much opportunity between Cuba and the U.S. to do business,” she said. “That’s what I’m going to do after graduation. I’m going to start my own company in the tourism sector to bring Americans into Cuba.”

Starting and preserving a tradition

A 2012 graduate, Collin Laverty was the mastermind behind this informal spring break tradition, organizing the inaugural trip during his first year at UC San Diego. Laverty came to the university from a position at the Center for Democracy in the Americas, a non-partisan institution promoting U.S. policy toward Cuba based in Washington.

“I had studied in Cuba and worked on the issue in Washington for many years,” Laverty said. “Steps taken by the Obama administration made it increasingly easier to arrange academic exchanges, and I wanted to help [Global Policy and Strategy] be on the front lines of that engagement.”

The experience of spearheading the trips while a student was both life changing and career altering. After graduation, he opened Cuba Education Travel, a travel agency based in Havana that specifically organizes visits to the country for U.S. schools, think tanks, associations, families and companies. In terms of volume, it is the second largest U.S. agency organizing tours in Cuba, Laverty said.

As an alumnus, Laverty continues to provide support in organizing the trip for Feinberg’s class, and Recio Carbajal has, for the past two years, spearheaded the logistics.

“It became clear to me that I had very specific experience, knowledge and networks I could tap to create a successful business,” Laverty said. “It allowed me to realize how much I love Cuba and want to play a small role in securing a better relationship between our two countries and Cuba’s future.” 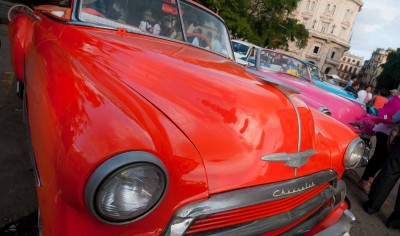 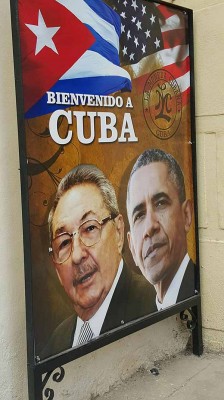 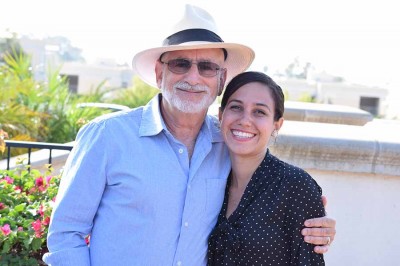 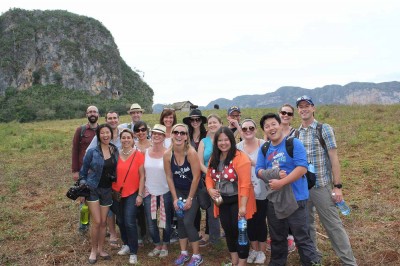 Caption: School of Global Policy and Strategy students on a day trip to Vinales Valley, west of Havana. 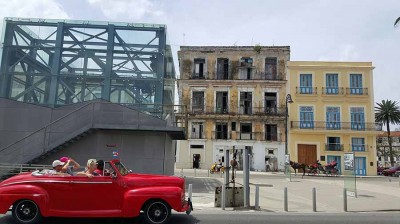