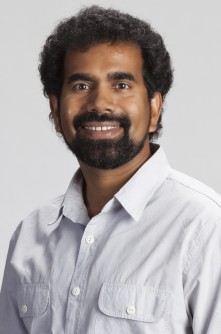 Newswise — JUPITER, FL, August 12, 2014 – It has been more than 20 years since scientists discovered that mutations in the gene huntingtin cause the devastating progressive neurological condition Huntington’s disease, which involves involuntary movements, emotional disturbance and cognitive impairment. Surprisingly little, however, has been known about the gene’s role in normal brain activity. Now, a study from The Scripps Research Institute’s (TSRI’s) Florida campus and Columbia University shows it plays a critical role in long-term memory.

“We found that huntingtin expression levels are necessary for what is known as long-term synaptic plasticity—the ability of the synapses to grow and change—which is critical to the formation of long-term memory,” said TSRI Assistant Professor Sathyanarayanan V. Puthanveettil, who led the study with Nobel laureate Eric Kandel of Columbia University. In the study, published recently by the journal PLOS ONE, the team identified an equivalent of the human huntingtin protein in the marine snail Aplysia, a widely used animal model in genetic studies, and found that, just like its human counterpart, the protein in Aplysia is widely expressed in neurons throughout the central nervous system.

Using cellular models, the scientists studied what is known as the sensory-to-motor neuron synapse of Aplysia—in this case, gill withdrawal, a defensive move that occurs when the animal is disturbed.

The study found that the expression of messenger RNAs of huntingtin—messenger RNAs are used to produce proteins from instructions coded in genes—is increased by serotonin, a neurotransmitter released during learning in Aplysia. After knocking down production of the huntingtin protein, neurons failed to function normally.

The findings could have implications for the development of future treatments of Huntington’s disease. While the full biological functions of the huntingtin protein are not yet fully understood, the results caution against a therapeutic approach that attempts to eliminate the protein entirely.

The first author of the study, “Huntingtin Is Critical Both Pre- and Postsynaptically for Long-Term Learning-Related Synaptic Plasticity in Aplysia,” is Yun-Beom Choi of Columbia University. Other authors include Beena M. Kadakkuzha, Xin-An Liu and Komolitdin Akhmedov of TSRI. For more information on the study, see http://www.plosone.org/article/info%3Adoi%2F10.1371%2Fjournal.pone.0103004

The work was supported by the Howard Hughes Medical Institute, the National Institutes of Health (Grant NS053415), the Whitehall Foundation and the State of Florida. About The Scripps Research Institute