A genetic map for maize 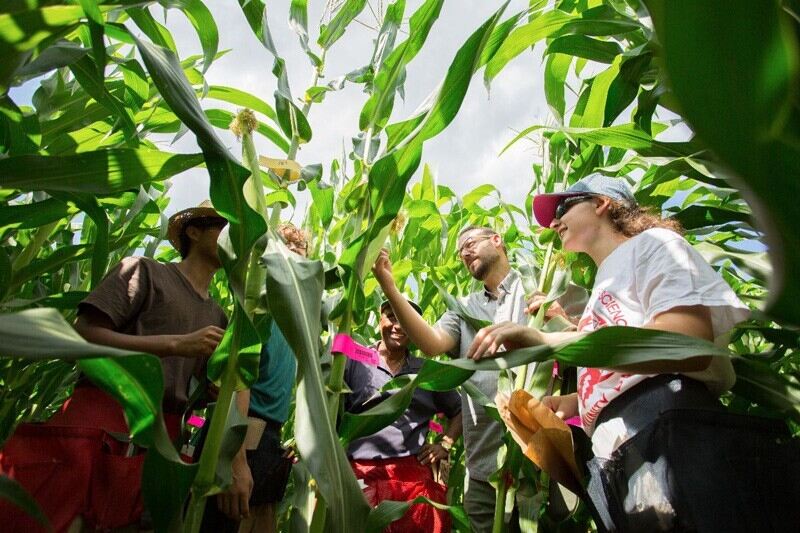 Researchers have decoded the genetic map for how maize from tropical environments can be adapted to the temperate U.S. summer growing season. 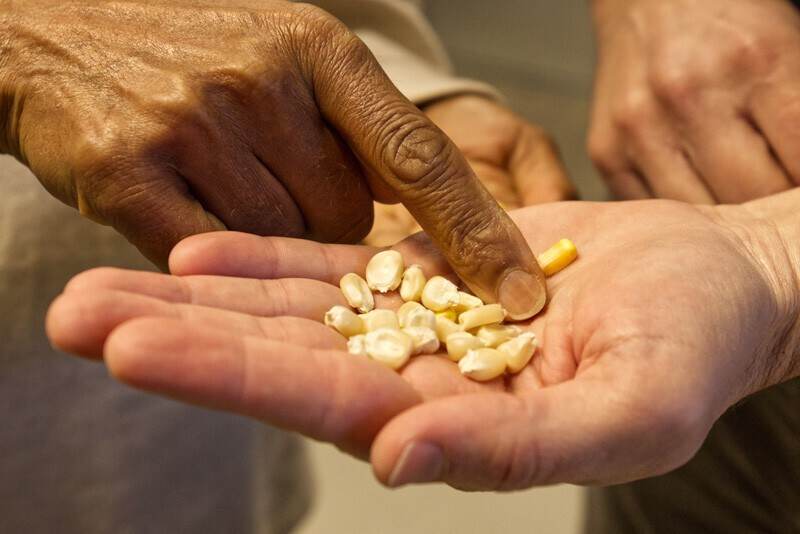 "If we can expand the genetic base by using exotic varieties, perhaps we can counter stresses such as emerging diseases and drought associated with growing corn in a changing climate," said Randy Wisser, associate professor in the University of Delaware's Department of Plant and Soil Sciences.

Newswise — Maize is a staple food all over the world. In the United States, where it's better known as corn, nearly 90 million acres were planted in 2018, earning $47.2 billion in crop cash receipts.

But, under the effects of climate change, this signature crop may not fare so well. As the world tries to feed a population skyrocketing to nine billion by 2050, that has major implications. So, what can we do about it? The answer might be exotic.

A multi-institutional team led by University of Delaware plant geneticist Randy Wisser decoded the genetic map for how maize from tropical environments can be adapted to the temperate U.S. summer growing season. Wisser sees these exotic varieties, which are rarely used in breeding, as key to creating next-era varieties of corn.

"If we can expand the genetic base by using exotic varieties, perhaps we can counter stresses such as emerging diseases and drought associated with growing corn in a changing climate," said Wisser, associate professor in UD's Department of Plant and Soil Sciences. "That is critical to ensuring ample production for the billions of people who depend on it for food and other products."

Modern maize strains were created from only a small fraction of the global maize population. This limited infusion of diversity raises concerns about the vulnerability of American corn in a shifting climate. The U.S. Department of Agriculture (USDA) seed bank includes tens of thousands of varieties, but many are just not being used.

"We know that the tropical maize varieties represent our greatest reservoir of genetic diversity," said study co-author Jim Holland, a plant geneticist with the USDA Agricultural Research Service at North Carolina State. "This study improved our understanding of those genetics, so we can use this information to guide future breeding efforts to safeguard the corn crop."

Certain exotic strains of maize better handle drought or waterlogging or low-nitrogen soil, for example. But because these strains have evolved outside the U.S., they are not immediately suited to states like Delaware. So, exotics first need to be pre-adapted.

In prior work, Wisser and his colleagues showed how 10 years of repeated genetic selection was required to adapt a tropical strain of maize to the temperate U.S. Co-author Arnel Hallauer spent a decade adapting the population through selective breeding, so it could flourish in an environment like Delaware.

"What's so cool now is that we could go back to the original generations from Dr. Hallauer and grow them side by side in the same field," Wisser said of the first-of-its-kind experimental design. "This allows us to rule out the influence of the environment on each trait, directly exposing the genetic component of evolution. This has opened a 'back to the future' channel where we can redesign our approach to developing modern varieties."

While extremely impressive, a decade to adapt exotic maize to new environments is a lot of time when the climate change clock is ticking.

"Unfortunately, this process takes 10 years, which is not counting ongoing evaluations and integrating the exotic variations into more commonly used types of maize," Wisser said. "With the climate threats we face, that's a long time. So, gaining insights into this evolutionary process will help us devise ways to shorten the time span."

Accelerating adaptation
Wisser isn't wasting any time as he explores ways to bolster corn's ability to survive and thrive. He and Holland are working on a new project to cut that time span in half.

In cutting-edge research funded by the U.S. Department of Agriculture's National Institute of Food and Agriculture, the team is analyzing how corn genomes behave in a target environment as they aim to formulate a predictive model for fitness.

"What we're doing is sequencing the genomes and measuring traits like flowering time or disease for individuals in one generation. From this, we can generate a lookup table that allows us to foresee which individuals in the next generation have the best traits based on their genetic profiles alone," Wisser said. "And our lookup table can be tailored to predict how the individuals will behave in a particular environment or location like Delaware."

That means plant breeders could grow a second generation of corn anywhere outside of Delaware, but still predict which individuals would be the most fit for Delaware's environment.

"For instance, even if the plants are grown at a location where a disease is not present, our prediction model can still select the resistant plants and cross them to enrich the genes that underlie resistance," Wisser said.

With this approach, researchers don't have to wait out a Delaware winter, so they can continue to pre-adapt the population for at least one extra generation per year. That's how 10 years of selective breeding for pre-adaptation could become five, providing a quicker route to access exotic genes.

This new effort connects to the Genomes To Fields (G2F) Initiative, developed in 2013 for understanding and capitalizing on the link between genomes and crop performance for the benefit of growers, consumers and society.

If Wisser and Holland can develop a method to rapidly pre-adapt exotics, this opens a lane for G2F to test the impact of these unique genomes on crop performance.

"Our goal is to advance the science so breeders can draw on a wider array of the diversity that has accumulated across thousands of years of evolution," explained Wisser, who has been involved in the public-private initiative since its beginning. "In turn, they can produce improved varieties for producers and consumers facing the challenges of climate change."

Caption: Researchers have decoded the genetic map for how maize from tropical environments can be adapted to the temperate U.S. summer growing season.

Caption: "If we can expand the genetic base by using exotic varieties, perhaps we can counter stresses such as emerging diseases and drought associated with growing corn in a changing climate," said Randy Wisser, associate professor in the University of Delaware's Department of Plant and Soil Sciences.