Mary Kohn, Kansas State University associate professor of English, explains some of the language changes that her research team has observed in Liberal, a community in southwest Kansas. 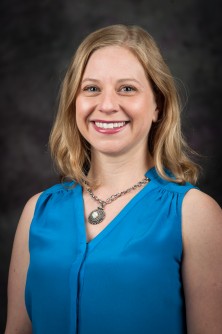 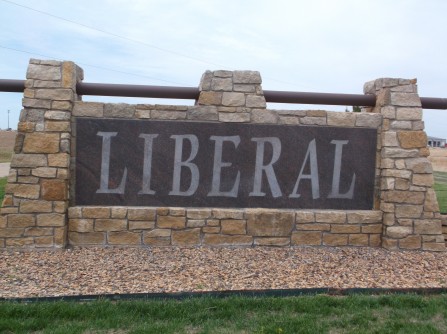 A Kansas State University linguistics team has found that people in Liberal, Kansas, and other southwest Kansas communities are developing a distinct accent. 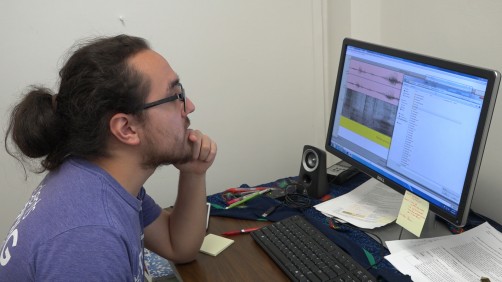 Newswise — MANHATTAN, KANSAS — Language changes are happening in southwest Kansas, a Kansas State University linguistics team has found. People in Liberal, Kansas, and other communities are developing a distinct accent, and the language change is a sign of a vibrant and growing community, researchers say.

Mary Kohn, associate professor of English, and her research team, including Trevin Garcia, May graduate in English, Liberal, Kansas, have found that as demographics have changed and Latino populations have increased in southwest Kansas, the ways that people are speaking English have changed, too.

"A lot of these patterns are on the phonetic level, meaning that it deals with sounds," Kohn said. "So what we are dealing with here is a distinct accent. It's not so much that we have completely radical new ways of speaking in Liberal, as it is there is a distinctive Liberal sound that is emerging."

That distinct Liberal sound is most prominent among young people, Kohn said. Many youth — even those who do not speak Spanish — speak English with subtle Spanish characteristics, such as rhythmic or staccato syllables and different vowel pronunciations. These changes are especially noticeable in words, such as "cat" or "hand."

Listen to an audio sample or watch a video of Kohn explaining some of the vowel pronunciation changes happening in Liberal, Kansas.

Listen to an audio sample that illustrates pre-nasal raising. The young European American male speaker from Liberal, Kansas, says his English vowels — especially the word "Spanish" — in a Spanish-style pronunciation.

Kohn's research is part of the Kansas Speaks Project, which she began to document language change throughout the state. Her team is focusing on southwest Kansas because of the rapid demographic changes in the area since the 1980s. Communities such as Liberal went from a 20 percent Latino population to a 60 percent Latino population over a couple of decades, Kohn said.

"For us, it's just really exciting to watch these demographic shifts happening," Kohn said. "There are changes to the demography of the region and there are linguistic changes as well. It's a real testing ground of what happens when you bring different language backgrounds together within a community in an immediate and present way."

Kohn's team is building a corpus — or collection — of audio samples that represent the ways that people talk in different Kansas communities. Throughout the state, they have interviewed more than 90 people ranging from 8 years old to 91 years old. They are comparing these present-day interviews with about 20 archival interviews conducted in 1968 in 10 different Kansas communities by the Dictionary of American Regional English.

What is happening in Liberal, Kansas, is similar to what has happened in other regions in the U.S. Look at Minnesota, Kohn said, where the iconic Minnesota accent developed through northern European immigration to the region.

"It's something that we see all over the U.S., and it's characteristic of what happens when you have large immigration patterns affect the demographic of the region," Kohn said.

Through their collections, the researchers have found that the Latino English that is emerging in southwest Kansas shares certain links and patterns with other rural communities in Texas, California, New York and Florida. All of these communities are experiencing rapid demographic shifts and increases in Latino populations.

But unlike other communities across the country, younger European Americans in southwest Kansas are beginning to speak English that mimics the staccato, rapid and evenly timed sounds of Spanish, Kohn's research has found.

Listen to an audio sample that illustrates syllable timing. The speaker is a young European American male from Liberal, Kansas, and his English pronunciation mimics the even syllables of Spanish.

For Kohn and the Kansas Speaks Project, it is exciting to see a new English sound emerging in these communities. English is not threatened, Kohn said, because language change is natural as each generation finds its own voice.

"There has always been this fear that language change is somehow dangerous or scary or will prevent communication," Kohn said. "When we see language change, what we really see is that a community is continuing to develop and grow. It's a sign that we have a vibrant and lively community present. The only kind of language that doesn't change is a dead language."

Kohn is presenting the research on Kansas English at the Sociolinguistics Symposium 22 in New Zealand later in June. 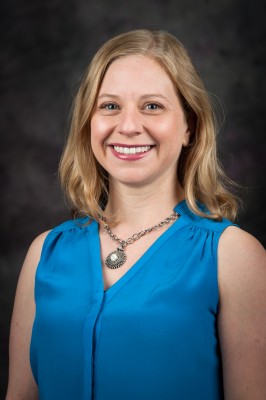 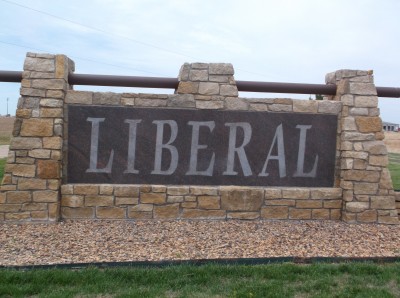 Caption: A Kansas State University linguistics team has found that people in Liberal, Kansas, and other southwest Kansas communities are developing a distinct accent. 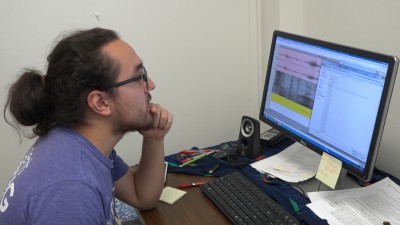