A Mixed Bag for a Rwandan Park 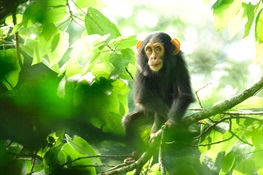 A Mixed Bag for a Rwandan Park

1. Researchers explored trends of seven mammal species in Nyungwe National Park (NNP) in Rwanda between 2009 and 2014.
2. They found that species richness varied due to variables such as poaching and proximity to tourist trails, with duiker species having the largest increase in distribution during the study and eastern chimpanzee and blue monkeys decreasing.
3. The results can be used to improve conservation planning in NNP, such as increased patrols to combat poaching activity and thus increase the probability of a species moving into a new area.
WCS Media Contact:  Stephen Sautner, 7182203682, ssautner@wcs.org