The approach, studied in mice, overcomes the blood brain barrier and breaks the shield tumors build against the immune response.

24-May-2022 10:05 AM EDT, by Michigan Medicine - University of Michigan contact patient services
favorite_border 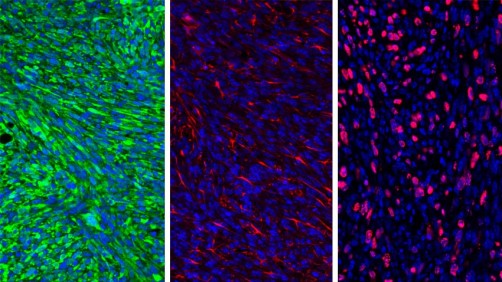 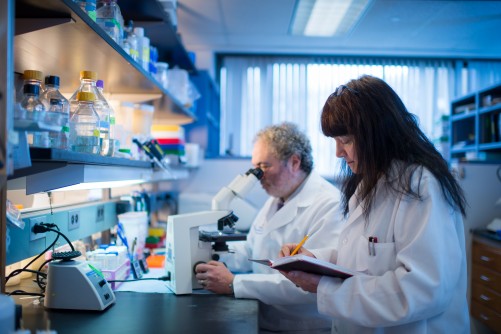 Newswise — ANN ARBOR, Michigan — Scientists at the University of Michigan Rogel Cancer Center were optimistic when they identified a small molecule that blocked a key pathway in brain tumors. But there was a problem: How to get the inhibitor through the bloodstream and into the brain to reach the tumor.

In collaboration with multiple labs, the teams fabricated a nanoparticle to contain the inhibitor, and the results were even better than expected.

Not only did the nanoparticles deliver the inhibitor to the tumor in mouse models, where the drug successfully turned on the immune system to eliminate the cancer, but the process triggered immune memory so that a reintroduced tumor was also eliminated—a sign that this potential new approach could not only treat brain tumors but prevent or delay recurrences.

“No one could get this molecule into the brain. It’s really a huge milestone. Outcomes for patients with glioma have not improved for the last 30 years,” said Maria G. Castro, Ph.D., R.C. Schneider Collegiate Professor of Neurosurgery at Michigan Medicine. Castro is the senior author of the study, published in ACS Nano.

Gliomas are often resistant to traditional therapies, and the environment inside the tumor suppresses the immune system, rendering new immune-based therapies ineffective. Add to that the challenge of passing the blood brain barrier, and it becomes even more difficult to deliver effective treatments to these tumors.

The Castro-Lowenstein lab saw an opportunity. The small molecule inhibitor AMD3100 was developed to block the action of CXCR12, a cytokine released by the glioma cells that builds up a shield around the immune system, preventing it from firing up against the invading tumor. Researchers showed in mouse models of glioma that AMD3100 prevented CXCR12 from binding with immune-suppressive myeloid cells. By disarming these cells, the immune system remains intact and can attack the tumor cells.

But AMD3100 was having trouble getting to the tumor. The drug did not travel well through the bloodstream, and it did not pass the blood brain barrier, a key issue with getting drugs into the brain.

The Castro-Lowenstein lab collaborated with Joerg Lahann, Ph.D., Wolfgang Pauli Collegiate Professor of Chemical Engineering at the U-M College of Engineering, to create protein-based nanoparticles to encapsulate the inhibitor, in the hopes of helping it pass through the bloodstream.

“If you don’t have blood flow, nothing will get to your target. That’s why tumors are so smart. But AMD3100 restores the conduits, which is what allows the nanoparticles to reach the tumor,” Castro said.

Further studies in mice and patient cell lines demonstrated that coupling the AMD3100 nanoparticle with radiation therapy enhanced the effect beyond either the nanoparticle or radiation alone.

Among the mice whose tumors were eliminated, the researchers then reintroduced the tumor, simulating a recurrence. Without any additional therapy, 60% of mice remained cancer-free. This suggests that, like a vaccine, AMD3100 created immune memory, enabling the immune system to recognize and destroy the reintroduced cells. While it prevented a recurrence in mice, Castro said it bodes well for at least delaying recurrence in people.

“Every glioma recurs. It’s very important for glioma therapy to have this immunological memory,” Castro said.

Initial tests showed little to no impact on liver, kidney or heart function and normal blood counts in the mice after treatment. The nanoparticle has a similar base as ones that have been previously tested in humans and shown to be safe. Additional safety testing is necessary before moving to a clinical trial.