A Natural Way to Monitor, and Possibly Control Populations of, Stink Bugs 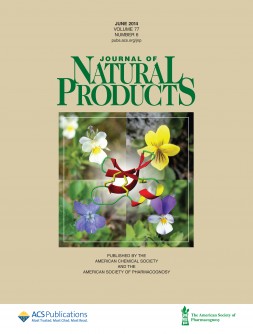 Newswise — Anyone who has squashed a stink bug knows why they got their name. Although just a nuisance to homeowners, the insects feed on and damage fruits and vegetables, causing significant economic losses for farmers. Now scientists report in ACS’ Journal of Natural Products that they’ve discovered certain stink bug pheromone components and made them artificially in the lab for the first time, and these substances can be used to monitor and manage their populations.

Ashot Khrimian and colleagues explain that the brown marmorated stink bug, also known as Halyomorpha halys, is an invasive pest from Asia that now is found in most of the U.S., as well as parts of Canada and Europe. These flat, “shield-shaped” insects flap around noisily in homes, especially in the fall, as they seek places to hibernate during the winter. But the real problem lies in their summer activities, when they eat fruits, vegetables and other important crops. It’s these summer activities that have prompted efforts to reduce their populations. These stinkers emit pheromones, or chemicals, that tell others of their species to come closer. Scientists could potentially use the substances to lure brown marmorated stink bugs to a specific spot so that they can count them and determine better ways to manage their expanding numbers, as they do for other insects.

Khrimian’s team discovered and reported the chemical architectures of two pheromone components. They did this by studying closely related compounds. When used out in field tests, the two components attracted adult and juvenile brown marmorated stink bugs. Because these compounds didn’t have to be pure, the researchers could use relatively inexpensive mixtures to trap this stink bug.

The authors acknowledge funding from the U.S. Department of Agriculture.