12-Feb-2020 10:00 AM EST, by University of North Carolina School of Medicine
favorite_border 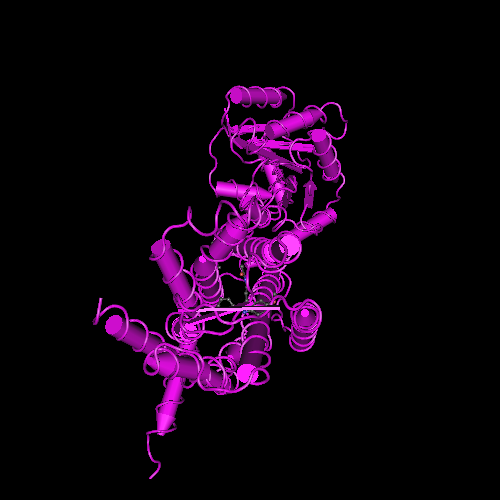 The MT1 receptor, to which melatonin binds to regulate sleep.

Newswise — CHAPEL HILL, NC – February 13, 2020 – When circadian rhythms malfunction, the result can be severe jetlag and even chronic disorders such as insomnia, diabetes, depression, bipolar disorder, and obesity. What if we could fix or fine-tune these rhythms to help people get back in sync? Researchers have taken a step toward that end.

For the first time, scientific collaborators at the UNC School of Medicine, UC-San Francisco, and the University of Buffalo created molecules to selectively bind to MT1 melatonin receptors on the surface of cells and modulate circadian rhythms in animal models of jetlag. Their work was published in Nature.

If translatable into humans, this research could greatly facilitate the development of targeted therapies that can mimic or counteract the actions of melatonin, which is implicated in numerous circadian disorders, in problems associated with working night shifts, and especially in jetlag. This research is also a proof of principle for how various labs with different expertise can collaborate quickly and effectively to create new molecules that selectively target cell receptors implicated in a host of human conditions.

When we skip time zones and lose sleep, it can take days to get back on track and feel well. That’s because jetlag interfers with tiny interactions at the cellular level that regulate the 24-hour day-night cycle. One of the main interactions involves melatonin, a naturally-occurring chemical that latches onto the MT1 and MT2 receptors in many cells throughout the body. Melatonin is typically produced in greater quantities after the sun sets and helps us fall asleep. Jetlag confuses this naturally occurring process, which is why some people take melatonin supplements to combat jetlag and more generally excessive sleeplessness.

A more precise approach would be to create a molecule that selectively targets just the MT1 receptor. But to target that receptor, you need to know what it looks like, you need to reveal its pharmacological secrets – how it acts when bound to a ligand, or compound, including but not limited to melatonin.

Last year, a team of scientists led by Vadim Cherezov, PhD, at the University of Southern California Michelson Center for Convergent Bioscience, used free electron crystallography to solve the structure of the melatonin receptors. Then Bryan L. Roth, MD, PhD, the Michael Hooker Distinguished Professor of Pharmacology at the UNC School of Medicine, led extensive analyses to generate a comprehensive map of how melatonin and other drugs interact with MT1 and MT2 receptors.

Roth said, “I then mentioned to Brian Shoichet at UCSF that since we had these beautiful, high resolution structures, we could use them for structure-guided discovery.” Schoichet’s lab has mastered computational docking – simulating three-dimensional binding – of more than 150 million diverse, ‘make-on-demand’ molecules. “We were delighted that Vadim agreed to let us use the receptor structures before our work was even published in Nature last year,” Roth added.

The Shoichet lab identified the structures of 38 potential molecules that never existed before; they appeared to attach with high strength and selectivity to human or mouse MT1 melatonin receptors. The Roth lab conducted experiments to show that two of the molecules could be optimized and tested in animals. Roth said, “Hye Jin Kang and John McCorvy in my UNC lab spent more than a year characterizing the pharmacology and drug-like properties of the molecules before we could hand them off for animal testing.”

Margarita L. Dubocovich, PhD, SUNY Distinguished Professor in the Department of Pharmacology and Toxicology in the Jacobs School of Medicine and Biomedical Sciences at the University of Buffalo, led the experiments in mice, showing how the new molecules can modulate the MT1 receptors.

Dubocovich’s lab observed that the two molecules generated two distinct and opposite mouse circadian responses that are dependent on clock time and the environmental light conditions that the animals experience. In the experiments where the onset of dark is advanced (known as reentrainment or the jet lag model) the molecules slow this reentrainment or adjustment, an effect opposite to that of melatonin. However, when mice were exposed to constant dark, the two molecules demonstrate an effect identical to that of melatonin.

“This discovery allows us to now focus on the development of unique new molecules to generate a response that will help bring sleep patterns and other biological rhythms in line with environmental light and dark cycles, providing the sense of well-being that is only experienced when such rhythms are in sync,” said Dubocovich, co-senior author of the 2020 Nature paper along with Roth and Shoichet, PhD, professor in the Department of Pharmaceutical Chemistry at UCSF.

“For us, it was at first exciting to see the novelty of the new ligands that emerged from fitting members of an ultra-large chemical library into the receptor structure,” said Shoichet. “That's what one always hopes for in a structure-based program – finding new chemistries not imaginable from knowing the endogenous ligand (here, melatonin). What made this doubly exciting was to see the new chemistries lead to new signaling, in the Roth lab experiments, and to unexpected animal pharmacology in the Dubocovich lab.”

The new research caps what Dubocovich says has been her 15-year search to discover MT1 ligands.

“Ever since we demonstrated that melatonin’s effect of resetting biological clocks in vivo circadian models occurs through actions at the MT1 receptors, we have focused through various collaborations on searching for ligands that would better fit the human melatonin receptor,” she said. “Our hope has always been to find selective MT1 –type molecules, either one that works to modulate circadian rhythms responses as with melatonin or its opposite as with the molecules discovered in this study.”

The ultimate goal, she said, was always to develop drugs that could address all the disorders that disrupted circadian rhythms can cause. “So,” she noted, “when Brian Schoichet called to ask about our interest in testing the novel molecules they had identified from his ultra-large library of over 150 million compounds, we were eager to collaborate!”

When the body is exposed to an abrupt change in the light/dark cycle, like what we experience when we travel across continents, there isn’t sufficient time for the biological clock to adjust upon reaching the destination, Dubocovich explained.

“Giving these new molecules at the appropriate clock time under a light/dark cycle would allow us to decelerate our ability to adjust to the new environment, potentially providing a treatment for certain types of jet lag and, more importantly, addressing other conditions affected by circadian rhythm disruptions, such as shift work, sleep disorders, and depression,” she said.

These scientific findings reinforce the increased interest in chronopharmacology – producing an effective pharmacological outcome depending on when a patient’s biological clock is ready to receive a treatment.

Dubocovich said the next step will be to identify the molecular and signaling pathways that translate the response exerted by these molecules from the time they interact with the receptors in the biological clock to the ultimate circadian behavior expressed in a mouse or human.