A Not-So-Secret Weapon in the Fight Against Colorectal Cancer 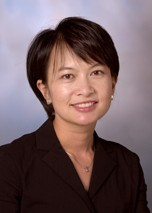 Nine-Year Survivor, Oncologist Shares How Screening Is the Best Defense To Beat the Disease

Newswise — HOUSTON - Renato Lenzi, M.D., medical oncologist at The University of Texas MD Anderson Cancer Center and colon cancer survivor, knows only too well how important preventive methods are to beating colorectal cancer. After all, a routine colonoscopy saved his life.

"I wouldn't be here without the screening colonoscopy," Lenzi said. Diagnosed nine years ago, he now has perspectives from both sides of the exam table - as a doctor treating cancer patients and as a patient being treated.

His experiences during the six months of treatment at MD Anderson along with his work at the institution have made him more keenly aware of the struggles cancer survivors face. "I believe one of the key factors to minimizing treatment side effects that survivors experience is to diagnose colorectal cancer earlier," Lenzi said.

Bear Arms Against A Fierce OpponentColorectal cancer is the third most common cancer and is the second deadliest one in the United States. The disease forms precancerous and cancerous polyps in the colon and rectum. A colonoscopy is a screening exam used to detect polyps. If caught early, the polyps can be removed, improving survival rates substantially. A colonoscopy can reduce the average person's risk of dying from colon cancer by 60 percent.

MD Anderson experts suggest that people start screening for the disease at age 50.

"As a person ages, the probability that he or she will develop colorectal cancer greatly increases," said Cathy Eng, M.D., associate professor in the Department of Gastrointestinal Medical Oncology at MD Anderson. "Although we recommend that people 50 and over are screened to prevent this disease from developing, only half of the population in this age group is screened regularly."

Eng, a medical oncologist, has been in the trenches of the battle against colorectal cancer for more than eight years. She emphasizes the necessity of living a healthy lifestyle and the benefits of early detection. "It's important to stop the cancer before it develops. The more advanced your cancer is, the greater the treatment, side effects and chances for not surviving this disease."

She also states while an active lifestyle and a diet rich in fruit and vegetables are important, there are other factors that will increase the risk for developing colorectal cancer, including:

* a family history of the disease,* a personal history of inflammatory bowel disease, and* inherited syndromes.

Eng advises those at increased risk to follow MD Anderson's recommended cancer screening guidelines to guard against developing the disease.

Eng, is one of the lead organizers for MD Anderson's annual SCOPE (Sprint for Colorectal Oncology Prevention and Education) Run - a competitive chip-timed race in support of colorectal cancer survivors.

"The most common response from patients when they've been diagnosed with colorectal cancer is that they regret they didn't have a colonoscopy earlier," said Eng. "Similar to preparing for extreme winter weather with heavy coats, extra vitamins and warm fluids, arm the body against colorectal cancer."

MD Anderson's Battleground Services MD Anderson has long been the leader in multidisciplinary treatment for cancer patients and is fast becoming a leader in prevention. In addition to ground-breaking research and discoveries, the institution provides an array of resources and tools to help prevent and detect cancer.

For more information about services or to schedule a colonoscopy, visit MD Anderson's Cancer Prevention Center.

For more information about colorectal cancer or the SCOPE Run, visit the website.

About MD AndersonThe University of Texas MD Anderson Cancer Center in Houston ranks as one of the world's most respected centers focused on cancer patient care, research, education and prevention. MD Anderson is one of only 40 comprehensive cancer centers designated by the National Cancer Institute. For seven of the past nine years, including 2010, MD Anderson has ranked No. 1 in cancer care in "America's Best Hospitals," a survey published annually in U.S. News & World Report.