A Slingshot to Shoot Drugs Onto the Site of an Infection 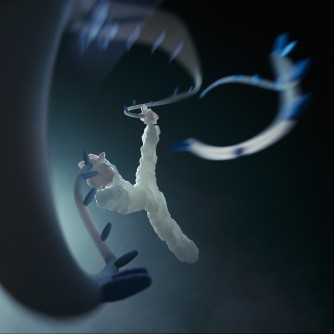 The molecular slingshot is composed of a synthetic DNA strand that can load a drug and then effectively act as the rubber band of the slingshot.

Newswise — An international team of researchers from the University of Rome Tor Vergata and the University of Montreal has reported, in a paper published this week in Nature Communications, the design and synthesis of a nanoscale molecular slingshot made of DNA that is 20,000 times smaller than a human hair.  This molecular slingshot could “shoot” and deliver drugs at precise locations in the human body once triggered by specific disease markers.

The molecular slingshot is only a few nanometres long and is composed of a synthetic DNA strand that can load a drug and then effectively act as the rubber band of the slingshot. The two ends of this DNA “rubber band” contain two anchoring moieties that can specifically stick to a target antibody, a Y-shaped protein expressed by the body in response to different pathogens such as bacteria and viruses. When the anchoring moieties of the slingshot recognize and bind to the arms of the target antibody the DNA “rubber band” is stretched and the loaded drug is released.

“One impressive feature about this molecular slingshot,” says Francesco Ricci, Associate Professor of Chemistry at the University of Rome Tor Vergata, “is that it can only be triggered by the specific antibody recognizing the anchoring tags of the DNA 'rubber band'. By simply changing these tags, one can thus program the slingshot to release a drug in response to a variety of specific antibodies. Since different antibodies are markers of different diseases, this could become a very specific weapon in the clinician's hands.”

“Another great property of our slingshot,” adds Alexis Vallée-Bélisle, Assistant Professor in the Department of Chemistry at the University of Montreal, “is its high versatility. For example, until now we have demonstrated the working principle of the slingshot using three different trigger antibodies, including an HIV antibody, and employing nucleic acids as model drugs. But thanks to the high programmability of DNA chemistry, one can now design the DNA slingshot to 'shoot' a wide range of threrapeutic molecules.”

"Designing this molecular slingshot was a great challenge," says Simona Ranallo, a postdoctoral researcher in Ricci's team and principal author of the new study. "It required a long series of experiments to find the optimal design, which keeps the drug loaded in 'rubber band' in the absence of the antibody, without affecting too much its shooting efficiency once the antibody triggers the slingshot.”

The group of researchers is now eager to adapt the slingshot for the delivery of clinically relevant drugs, and to demonstrate its clinical efficiency. “We envision that similar molecular slingshots may be used in the near future to deliver drugs to specific locations in the body. This would drastically improve the efficiency of drugs as well as decrease their toxic secondary effects,” concludes Ricci.

The next step in the project is to target a specific disease and drug for which the therapeutic slingshot can be adapted for testing on cells in vitro, prior to testing in mice.

Carl Prévost-Tremblay (UofM) and Andrea Idili  (UofT) are also co-authors on this study.

This study was funded by Associazione Italiana per la Ricerca sul Cancro (project no. 14420), by the European Research Council (project no. 336493) by the International Research Staff Exchange Scheme (IRSES), by the National Sciences and Engineering Research Council of Canada (grant no. 2014- 06403) and by the Canada Research Chair in Bioengineering and Bio-nanotechnology, Tier II (AVB).