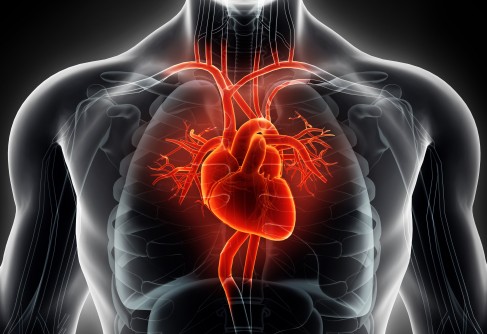 Engineers at Washington University in St. Louis have discovered something new about how sodium ions act in cardiac muscle, a finding that could someday help inform treatment of heart arrhythmia.

Newswise — Irregular heartbeat — or arrhythmia — can have sudden and often fatal consequences. A biomedical engineering team at Washington University in St. Louis examining molecular behavior in cardiac tissue recently made a surprising discovery that could someday impact treatment of the life-threatening condition.

“It was a fun finding, not at all what we expected to see,” said Jonathan Silva, assistant professor of biomedical engineering at the School of Engineering & Applied Science.

Silva and his team study sodium ion channels — tiny proteins in cardiac muscle that electrically control a heartbeat — and how they interact with molecules which could affect their performance. In new research, recently published by the Journal of General Physiology, Silva worked with collaborators to take a closer look at the sodium ion channels responsible for creating the electrical signal that makes the heartbeat: Zoltan Varga at the University of Debrecen in Hungary; and Jeanne M. Nerbonne, Alumni Endowed Professor of Molecular Biology and Pharmacology and Director of the Center for Cardiovascular Research at Washington University’s School of Medicine.

“Sodium channels aren’t made out of just one part,” Silva said. “The main portion is a really big protein made up of more than 2,000 amino acids, and then there are smaller proteins called beta subunits that attach to it. We wanted to understand what the differences were in how the beta subunits controlled the channel.”

Using an imaging technique called voltage-clamp fluorometry, Silva and his team observed that two different  beta subunits  worked on the channel in very different ways. The results were unexpected.

Silva says this new information is another piece in a vast puzzle: As researchers obtain better information on exactly how sodium ion channels work to keep a strong, steady heartbeat, they can work toward developing therapies specific to an individual’s exact needs.

The School of Engineering & Applied Science at Washington University in St. Louis focuses intellectual efforts through a new convergence paradigm and builds on strengths, particularly as applied to medicine and health, energy and environment, entrepreneurship and security. With 94 tenured/tenure-track and 28 additional full-time faculty, 1,200 undergraduate students, 1,200 graduate students and 20,000 alumni, we are working to leverage our partnerships with academic and industry partners — across disciplines and across the world — to contribute to solving the greatest global challenges of the 21st century.