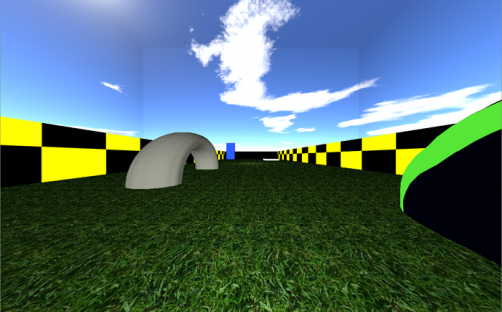 Newswise — As we go about our lives, our brain continually remembers information that we have learnt in the past and uses it to make sense of the world in the present. However, we also often encounter objects and events that we have never experienced before, and then the brain needs to be ready to learn. These two essential functions of our brain’s memory system, learning and remembering, seem to constantly compete against each other. "How the brain finds the balance between these two opposing processes is a question that has fascinated neuroscientists for a long time," explains Christoph Schmidt-Hieber, head of the Neural Circuits for Spatial Navigation and Memory Laboratory at the Institut Pasteur.

Christoph Schmidt-Hieber’s research group has recently tackled this problem by designing an experiment in which mice explore virtual reality environments as their brains are recorded. "We realized that the main obstacle to studying how the brain reacts to novelty was physical reality itself!" explains Ruy Gómez-Ocádiz, a PhD student in the laboratory and first author of the study. It is almost impossible to study the effect that absolute novelty has on the brain in a traditional experiment, because one would need to instantly change everything that an animal is perceiving. "We could easily overcome this problem if only we could ‘teleport’ a mouse to a new room as we record its brain. This might sound like science fiction, but virtual reality technology allowed us to do precisely that," continues Ruy Gómez-Ocádiz.

The scientists designed a video game in which mice learn to explore a virtual 'world' and get sugar rewards when they correctly follow the rules of a simple game. While mice were engaged in playing the video game, the researchers recorded the activity of neurons in the hippocampus, a brain region that is essential for forming and recalling memories.

Using this innovative approach, they discovered an electric signal in the hippocampus that appears at the precise moment when the animal is teleported to a new virtual world. The signal is emitted by granule cells and triggered by novelty. It induces a transition from a neural state of memory to a state of learning.

Teaming up with physicists from the École normale supérieure, Université PSL and the CNRS, the scientists then developed a computational model suggesting how such a novelty signal may work as a switch to enable the brain to alternate between remembering and learning modes depending on the information present in the environment. "The discovery of this novelty signal in the hippocampus provides exciting new clues to understand how the brain finds the necessary equilibrium between formation of new memories and recall of familiar ones," concludes Christoph Schmidt-Hieber.

The study was funded by the institutions mentioned above, the European Research Council (ERC) and the French National Research Agency (ANR).

A synaptic signal for novelty processing in the hippocampus, Nature Communications, 15 juillet 2022