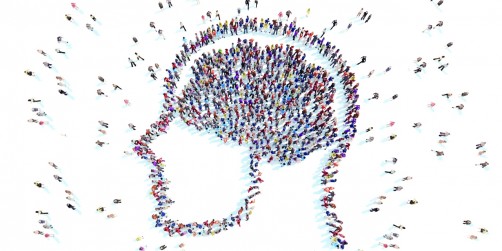 Newswise — If a former classmate walks by you on the street and looks you in the face without saying so much as “hello,” don’t be dismayed. Same for a person you met at a party the night before.

These acquaintances are not necessarily being rude or aloof. Some people just struggle to recognize faces, according to Jeremy B. Wilmer, associate professor of psychology at Wellesley.

To assess your own face recognition ability, check out the Recognizing Faces test on TestMyBrain.org, a website that helps people better understand what makes their minds and brains unique through a series of tests. TestMyBrain is a nonprofit initiative that gives personalized feedback to test-takers and simultaneously collects data for scientific research; Wilmer is a director and principal investigator for the group behind the site.

In his recent paper published in Current Directions in Psychological Science, Wilmer describes the remarkable acceleration of research over the past decade regarding how individuals differ in their face recognition abilities.

This acceleration, Wilmer said, was fueled largely by two factors: first, the success of websites like TestMyBrain, which was launched in 2008 and made it possible to test large and diverse populations; and second, by the 2006 publication by Brad Duchaine and Ken Nakayama of a highly effective new technique for assessing face recognition ability.

Deceptively simple, that technique (used in the above-linked test) requires a person to memorize the identity of six new faces and then accurately pick them out when they are interspersed among other faces.

Wilmer and his colleagues in the field have made multiple discoveries in the course of their research. For example, they have found that people’s ability to recognize faces varies tremendously. They have also learned that face recognition does not correlate with intellect.

“Even at a place like Wellesley, which is full of brilliant, ambitious, hard-working individuals, one finds the entire spectrum,” said Wilmer, “from those who have spent their lives failing to recognize friends and celebrities, to those who recognize the shallowest of acquaintances many years later.”

They now know that face recognition ability is strongly genetic and cannot easily be trained or learned. “You pretty much have it or you don’t,” said Wilmer, “though of course there are strategies one can use—paying attention to voices or posture, extra rehearsal—to boost one’s recognition of a particular person.”

And excellent face recognizers can come from anywhere. “They don’t have to be raised in a wealthy, cultured family and can come from a humble background or have a childhood filled with adversity,” said Wilmer.

Good face recognition is an asset, Wilmer said. Recognition of another person conveys empathy and even warmth to that person. “The human connection that is enabled by recognizing someone is a powerful thing in any number of personal or professional domains,” he said.

Screening for excellent face recognition could also raise the quality of law enforcement. “Imagine the police officer who is less prone to societal stereotypes because they are better able to recognize and connect with people in their community,” said Wilmer. “This could easily be the difference between life and death (of either the officer or of community members).”

Wilmer’s research suggests some facial recognition-based practices that could be used for community building across a wide variety of contexts. “For someone who learns faces rapidly and easily, simple things like name tags at events, employee picture directories, or class lists with student pictures may seem unnecessary,” he said. “Yet given the diversity of face recognition ability in any community, even communities of highly intelligent and accomplished individuals, little memory aids like these can be invaluable for facilitating a strong, vibrant, welcoming, participatory community.”

The science of what makes individual minds and brains unique, Wilmer said, is a rapidly growing area of inquiry. Ultimately, he hopes that continued breakthroughs across the broad science of human uniqueness will fuel tolerance of differences, uncover hidden talents, and enable stronger human connections.