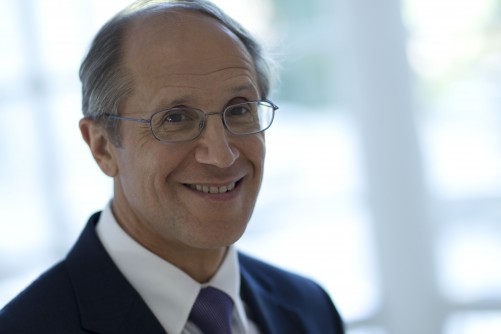 In a statement submitted to AACI members, Dr. Gerson said that in his new AACI leadership role, he will prioritize three critical aspects of the nation’s cancer centers program by: 1) encouraging the centers to work more closely together to lower health care costs and improve outcomes through nationally coordinated research and translation; 2) expanding the use of cancer patient data to further health improvements and research discoveries; and 3) making optimal use of the cancer center director and administrative leader network, including partnering with funding agencies, to set the policy agenda for cancer research, dissemination of discoveries, and cancer health care.

Dr. Gerson has been an active member of AACI for the past 12 years, including service on the board of directors (2007 - 2009). He is currently a member of the AACI Molecular Diagnostics Initiative, which is tasked with coordinating optimal approaches to cancer genomics across cancer centers.

"I look forward to Stan’s expanded leadership position with AACI," said AACI Executive Director Barbara Duffy Stewart. "As both a researcher and administrator, Stan possesses the expertise and range of skills that will propel AACI’s continued support of its members’ collaborative efforts toward a cancer-free world.”

Drs. Gerson, Loehrer, and Sellers’ terms will commence on October 27 during the AACI/CCAF annual meeting, which will be held in Chicago, October 26-28.

The Association of American Cancer Institutes (AACI) comprises 93 premier academic and freestanding cancer research centers in the United States. AACI is dedicated to reducing the burden of cancer by enhancing the impact of the nation's leading academic cancer centers.