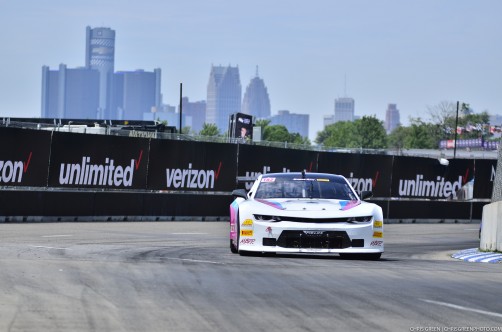 Newswise — Eastpointe, Michigan (June 1, 2018) -- Near AARDA headquarters, Kyle Marcelli will be co-driving the 3GT Racing No. 14 Lexus RC F GT3 for the fourth race of the 2018 IMSA WeatherTech Sports Car Championship series at the Raceway at Belle Isle Park on June 2nd.

Marcelli, fresh off his two impressive victories in the IMSA Continental Tire SportsCar Challenge (May 5th) and WeatherTech SportsCar Championship (May 6th) at Mid-Ohio Sports Car Course, was given the 2018 Autoimmune Disease Awareness Champion award from the Allegheny Health Network Autoimmunity Institute, AARDA, and the Race for relapsing polychondritis (“RP”) as part of the ribbon cutting ceremony and grand opening of the Allegheny Health Network’s Autoimmunity Institute (May 24th).

In the Motor City, where autoimmune disease has been mistaken for automobile addiction, Marcelli continues his success as an ambassador for AARDA and the Race for RP by driving awareness for this major health problem and disease category.

Kyle Marcelli is a twenty-eight year old Canadian racing driver. Kyle is married to Amy Marcelli and the two reside in Ontario, Canada. Off the race track, Kyle enjoys spending time at the cottage in northern Ontario; fishing, hiking, camping and being in the company of friends and family. On the race track, Kyle is focused on a successful career as a race car driver bringing winning results to his team, sponsors, charitable causes, and fans.

The American Autoimmune Related Diseases Association is dedicated to the eradication of autoimmune diseases and the alleviation of suffering and the socioeconomic impact of autoimmunity through fostering and facilitating collaboration in the areas of education, public awareness, research, and patient services in an effective, ethical, and efficient manner.

ABOUT RACE FOR RP

The Race for RP Fund supports research, awareness programs, and care for those who are affected by relapsing polychondritis ("RP") and related diseases. RP is a rare, debilitating, and in some cases fatal disease that attacks the patient's cartilage, including in the ears, nose, joints, and upper and lower airways.