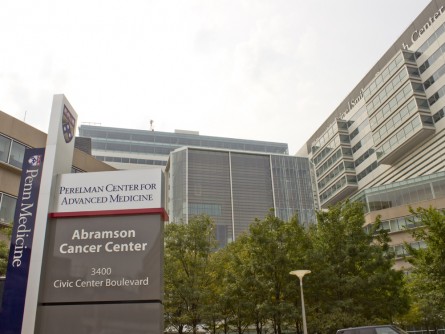 Newswise — PHILADELPHIA - The Abramson Cancer Center of the University of Pennsylvania has been named the 2015 recipient of the Partners in Health Initiatives Award and Andy J. Minn, MD, PhD, assistant professor of Radiation Oncology in the Perelman School of Medicine at Penn, is the recipient of the Scientific Research Award, both presented by the Pennsylvania Division, Southeast Region of the American Cancer Society (ACS).Related Links

The honors will be awarded on November 4 at the ACS’s Greater Philadelphia Area Volunteer Awards Celebration at the Crowne Plaza Hotel in King of Prussia, Pa.

The ACS annually also presents its Scientific Research Award to recognize an individual who has demonstrated outstanding accomplishments in the field of basic or clinical cancer research. Through his impactful research, Dr. Minn works to understand how cancer acquires treatment resistance to both conventional therapies and immunotherapies.

Several leaders of the ACC have leadership roles within the ACS, including Carmen E. Guerra, MD, MSCE, FACP, an associate professor of Medicine at Penn and associate director for diversity and outreach at the ACC, who serves as president of the East Central Division Board, and Mary Pat Lynch, CRNP, MSN, AOCN, an ACC administrator, who serves on the Philadelphia Volunteer Leadership Council.

The ACS has representation on the cancer committees of all ACC locations, and ACC physicians and staff members often refer patients to the ACS-sponsored AstraZeneca Hope Lodge and the Hotel Partners Program, and actively promote the PhillyPatientRide and Road to Recovery patient transportation programs.

The ACC regularly offers ACS-sponsored, cancer-related educational programs and screening initiatives, and is a partner in its “80% by 2018” colorectal cancer screening initiative, identifying methods to achieve the goal of 80 percent of eligible individuals to be screened by 2018. The ACC is also a host site of the ACS’s Look Good Feel Better programs and free wig salon program at Pennsylvania Hospital’s Solutions for Women. In addition, the ACS and the ACC have established an annual collaborative action plan.

Dr. Minn and his team are focusing on their finding that anti-viral signaling pathways are prevalent in cancers and regulate resistance to both conventional therapies and immunotherapies. His work has revealed that anti-viral interferon-stimulated genes and NOTCH3 can regulate and clinically identify breast cancer patients who are resistant to therapy. The anti-viral and NOTCH3 pathway are activated in breast cancer cells by neighboring stromal cells through exosomes, which are small vesicles that carry signals used in cell-to-cell communication.

Through a multi-investigator Basser Center Team Science Award, efforts are now underway to better understand how to use this pathway to select and treat breast cancer patients with agents such as NOTCH inhibitors combined with chemotherapy.

This has been widely recognized as an important contribution in immunotherapy and his team recently won the Melanoma Research Alliance Team Science Award for Immunotherapy for this work.

Penn Medicine is one of the world's leading academic medical centers, dedicated to the related missions of medical education, biomedical research, and excellence in patient care. Penn Medicine consists of the Raymond and Ruth Perelman School of Medicine at the University of Pennsylvania (founded in 1765 as the nation's first medical school) and the University of Pennsylvania Health System, which together form a $5.3 billion enterprise.The Perelman School of Medicine has been ranked among the top five medical schools in the United States for the past 17 years, according to U.S. News & World Report's survey of research-oriented medical schools. The School is consistently among the nation's top recipients of funding from the National Institutes of Health, with $409 million awarded in the 2014 fiscal year.The University of Pennsylvania Health System's patient care facilities include: The Hospital of the University of Pennsylvania and Penn Presbyterian Medical Center -- which are recognized as one of the nation's top "Honor Roll" hospitals by U.S. News & World Report -- Chester County Hospital; Lancaster General Health; Penn Wissahickon Hospice; and Pennsylvania Hospital -- the nation's first hospital, founded in 1751. Additional affiliated inpatient care facilities and services throughout the Philadelphia region include Chestnut Hill Hospital and Good Shepherd Penn Partners, a partnership between Good Shepherd Rehabilitation Network and Penn Medicine.Penn Medicine is committed to improving lives and health through a variety of community-based programs and activities. In fiscal year 2014, Penn Medicine provided $771 million to benefit our community.