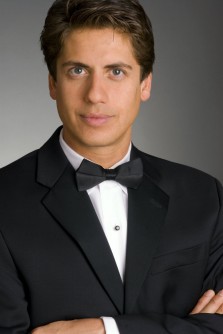 Francisco J. Núñez will be awarded an honorary Doctor of Music degree by Ithaca College.

Newswise — Francisco J. Núñez, a composer, conductor, leading figure in music education and the founder of the award-winning Young People’s Chorus (YPC) of New York City, renowned worldwide for its diversity and artistic excellence, will be awarded an honorary Doctor of Music degree by Ithaca College at its Commencement ceremony on Sunday, May 22.

The Ithaca College School of Music has a long and strong connection to Francisco Núñez and YPC dating back to 2004, when the Ithaca College Women’s Chorale premiered one of Núñez’s pieces and recorded a CD of his works. He has been a guest composer and artist for an annual summer workshop led by Janet Galván, professor of music performance, with YPC ensembles regularly participating as singers. Several members of the YPC have subsequently attended and graduated from the School of Music.

Since founding YPC in 1988, Núñez, a MacArthur Fellow, has dramatically heightened an awareness of the ability of children of any cultural or economic background to rise to unforeseen levels of artistry. YPC’s program seeks to harness the power of music to fulfill the potential of thousands of children musically, academically and socially. In addition to bettering the condition of their lives, Núñez has created a model of artistic excellence that serves to enrich the broader community.

Núñez has also been revolutionary in expanding and invigorating the repertoire for young voices by commissioning over 100 pieces of new music for YPC from many of today’s most distinguished composers — 80 alone through YPC’s Transient Glory and Radio Radiance series. YPC receives invitations to represent the U.S. from countries on four continents, from Japan in 2005 to Finland in 2017. Most recently, YPC returned from Munich after becoming the first American youth chorus in the 54-year history of the Euroradio International Choral Competition to win first prize, and was invited to sing for Pope Francis at the National September 11 Memorial and Museum. In 2011, YPC received the nation’s highest honor for youth programs, a National Arts and Humanities Youth Program Award.

Núñez also leads the University Glee Club of New York City, its fifth conductor since the all-men’s chorus was established in 1894, and is sought after nationwide as a guest conductor by professional orchestras and choirs. He composes countless compositions and arrangements in all musical formats and styles for choirs, orchestras and solo instruments, and as a result has received an ASCAP Victor Herbert Award and the 2014 Distinguished Alumni Award from the NYU Steinhardt School of Music. Through his Núñez Initiative for Social Change, he is working to bring children and communities together through a program of musical excellence, community and educational efforts.

Galván, who nominated Núñez for the honorary degree, says he has inspired young people to appreciate the various cultures around them and to achieve at a remarkably high level.

“He uses music to instill self-discipline and to motivate young people to reach their full potential,” notes Galván. “He has brought unique ideas to working with young people, using music as an instrument of social change. He has brought honor to the entire profession of music teaching.”

Recipients of honorary degrees from Ithaca College must possess a record of outstanding achievement, community service, philanthropic endeavors and interest in education and/or humanitarian programs; be known for outstanding scholarly contributions and/or demonstration of some other significant service of benefit to humanity or Ithaca College; and have made outstanding contributions to society in ways that harmonize with the heritage, character and mission of the college.