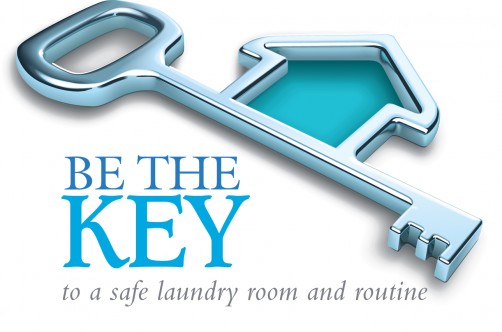 Washington, DC, July 31, 2014: The American Cleaning Institute (ACI) has earned a 2014 ASAE “Power of A” Silver Award for its KEY Pledge Laundry Safety Campaign, which educates parents and caregivers across the country about the proper usage, handling and storage for single-load liquid laundry packets.

The Washington, D.C.-based ASAE (American Society of Association Executives) honored ACI for its power to enrich lives through the deployment of a number of educational resources in English and Spanish, including the KEY Pledge, designed to create public awareness and engagement to prevent accidents among young children, especially babies and toddlers up to five years old..

“Congratulations to ACI for benefitting not just their own industry or profession, but society at large,” said Paul Pomerantz, CAE, CEO of The American Society of Anesthesiologists and chair of the Power of A Awards Judging Committee.

“This year, our committee had an exceptionally strong group of entries to consider, and it’s heartening to see so many organizations excelling in their work. ACI’s efforts reached influencers including the media, third party partners and member organizations to help increase awareness for the KEY Pledge Campaign.”

ACI (www.cleaninginstitute.org) worked directly with several organizations – such the National Extension Association of Family and Consumer Sciences; American Association of Family and Consumer Sciences; and Family, Career and Community Leaders of America – to help champion the safety messages and to encourage their networks to take the KEY Pledge.

Throughout the campaign – launched in June 2013 – more than 40,000 Americans took the KEY Pledge across all 50 states. A toolkit was distributed to more than 6,723 educational leaders and reached 46,184 partners.

ACI hosted webinars with organizations such as the American Association of Poison Control Centers and the Retail Industry Leaders Association in order to educate them on the KEY Pledge toolkit and encouraged the use of its various tools and assets. ACI also ensured the campaign effectively penetrated and resonated with the Hispanic population. The reach and impact for year one of the ACI KEY Pledge Laundry Safety Campaign totaled more than 350 million consumers.

“Single-load liquid laundry packets have become increasingly popular to consumers nationwide because they are an easy and convenient way to do laundry. But, like every other household cleaner, parents need to keep the laundry packets away from children. The campaign is making strides to reduce unwanted exposures by educating parents and caregivers about the safe use and storage liquid laundry packets,” said Nancy Bock, ACI Senior Vice President of Education.

ASAE’s Power of A (association) Awards - the industry’s highest honor - recognize the association community’s valuable contributions on the local, national and global level. The Power of A Awards reward outstanding accomplishments of associations and industry professionals for their efforts to enrich lives, create a competitive workforce, prepare society for the future, drive innovation and make a better world.

The American Cleaning Institute® (ACI) is the Home of the U.S. Cleaning Products Industry® and represents the $30 billion U.S. cleaning products market. ACI members include the formulators of soaps, detergents, and general cleaning products used in household, commercial, industrial and institutional settings; companies that supply ingredients and finished packaging for these products; and oleochemical producers. ACI (www.cleaninginstitute.org) and its members are dedicated to improving health and the quality of life through sustainable cleaning products and practices.