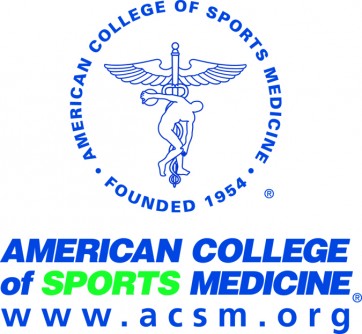 Newswise — (Indianapolis)- Top elected leaders of the American College of Sports Medicine (ACSM) today announced that they support yesterday’s decision by the International Paralympic Committee (IPC) to suspend the Russian Paralympic Committee (RPC) and entirely ban its athletes from the Rio Paralympic Games. ACSM’s leadership called the decision bold, regrettable and the strictest penalty available unless the appeal by the RPC reveals new and compelling facts, and recommends more action with anti-doping strategies.

“When athletes can’t compete in the Olympics or Paralympics after years of training and sacrifice, it is deeply unfortunate,” said Elizabeth Joy, MD, president of the American College of Sports Medicine, a global professional society with more than 50,000 members and certified practitioners from 100 countries. “But the focus on the Games, and the qualifying events that lead to the Games, has to be placed first on the health of the athletes, and secondarily on fair competition. We must also consider the cascading effects on developing youth in sport at all levels– youth who look to Olympians and other elite athletes as exemplary models of conduct. The decision by the IPC, absent of new information from the appeal, was difficult but appears to be the only recourse possible based on the comprehensive investigation and the World Anti-Doping Agency (WADA) report.” It was WADA that authorized a study of allegations that concluded a Russian state system has worked behind the scenes to hide that Russian athletes were using banned substances.

“If these facts are reconfirmed once the appeal has been completed, the Russian athletes will not participate in the Rio Paralympic Games,” Dr. Joy said. “When doping and the use of banned substances are involved, especially as part of ongoing athlete training, a health risk may exist, in addition to compromising fair competition. It’s that dual concern that sometimes gets lost,” she continued.The Court of Arbitration for Sport, headquartered in Lausanne, Switzerland, will consider the appeal by the Russian Paralympic Committee. Irrespective of the outcome, the President of the American College of Sports Medicine says it is time for a change. “We need to make intentional doping and use of banned substances with young athletes the epitome of malpractice,” continued Dr. Joy. “Every person who plays a role with individual athletes or teams owes it to her or his profession to do no harm to the athletes as they train, compete or engage in post-event recovery and treatment protocols. It is up to this large and diverse global community of professionals to make a difference in the health, wellbeing, and future welfare of athletes in their care. And the time for action is now.”

One potential action being considered by ACSM is the relaunch of an initiative known as Professionals Against Doping in Sports(PADS). ACSM created the PADS campaign with other organizations that shared its vision to make it an ethical standard and professional conduct priority to not enable, encourage or tolerate doping and use of banned substances in sports at any level. ###