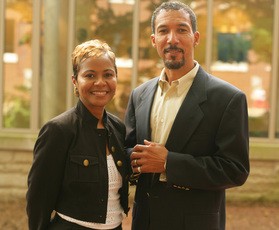 Newswise — Gifted black students often underachieve in school because of efforts to "act black," new research has found, offering insights into the achievement gap between black and white students in the United States and why black students are under-represented in gifted programs.

"Part of the achievement gap, particularly for gifted black students, is due to the poor image these students have of themselves as learners," study author Donna Ford, professor of special education and Betts Chair of Education and Human Development at Vanderbilt University's Peabody College, said.

"Our research shows that prevention and intervention programs that focus on improving students' achievement ethic and self-image are essential to closing the achievement gap."

The research, one of the first to examine the concept of "acting black," was published in the March issue of Urban Education.

Ford and co-authors Gilman Whiting and Tarek Grantham set out to determine how gifted black students achieve compared to their white counterparts, what can be learned about the achievement gap by studying these students, and how gifted students view "acting black" and "acting white." They surveyed 166 black 5th- through 12th-graders identified as gifted in two Ohio school districts.

"Many studies have been conducted about students, with little information collected from them," the authors wrote. "It is with students themselves that many of the answers and solutions to underachievement, low achievement, and the achievement gap may be found."

Most of the students were familiar with the terms "acting white" and "acting black." They described "acting white" as speaking properly, being smart or too smart, doing well in school, taking advanced courses, being stuck up, and not acting your race. Terms they used to describe "acting black" were having a "don't care" attitude, being laid back, being dumb or uneducated and pretending not to be smart.

Sixty-six percent of the students surveyed reported knowing someone who had been teased or ridiculed for doing well in school, while 42 percent reported being teased for this reason themselves.

The authors found discrepancies between students' attitudes and their behaviors—students expressed belief that school is important and a key to success, but may not behave that way in the classroom.

"This is because they don't want to be associated with the stigma attached with achieving and doing well; plus they try to keep up with friends and don't want to be singled out or 'played,'" one of the students wrote.

The authors also found that while black students agree that hard work in school leads to success, they do not necessarily believe that this holds true for black people.

"This doubt and second-guessing may result in the child believing that an education benefits or pays off for some groups but not others, namely, blacks," the authors wrote. "Some of these students, specifically if discouraged, believe that hard work is a waste of time and energy given the reality of social injustices."

To address these issues, the authors argue for counseling to help battle peer pressure, stereotypes and poor self-esteem, and suggest promoting an achievement ethic in schools through posters, speakers, symposiums and mentoring programs.

"Because these students are black, these posters, speakers and mentors should include black people," they wrote. "A multicultural curriculum must hold promise for improving students' image of themselves and people of color as scholars."

This work cannot end at the school doors, the authors argued, but also must extend into the home.

"Families are urged to connect their children with mentors and role models who are academically oriented and who have a positive racial identity," they wrote. "Adults of the family must also see themselves as role models and personify a strong work ethic—an image of school being important and an image of resilience.