Targeting specific T-cell subsets may be a therapeutic approach to prevent heart failure after a heart attack. 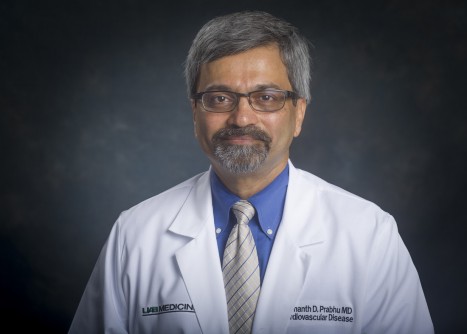 Newswise — BIRMINGHAM, Ala. – Chronic inflammation after a heart attack can promote heart failure and death. University of Alabama at Birmingham researchers have now shown that activated T-cells — part of the immune system’s inflammatory response — are both necessary and sufficient to produce such heart failure.

Two key experiments demonstrated this necessary and sufficient role for the activated T-cells, which presumably attack heart muscle tissue in an auto-immune fashion.

The first key experiment involved removing a specific subset of activated T-cells from mouse models. Treating the mice with antibodies against CD4+ T-cells four weeks after experimental heart attacks — to deplete that subset of T-cells — prevented the progressive abnormal enlargement of the left ventricle that leads to heart failure, as compared with untreated mice.

These findings could translate to the clinic, the researchers say. “Our data suggests that targeting specific immune cell subsets at defined stages of disease may represent a better approach to therapeutic immunomodulation to improve heart failure.”

DetailsThe current research evolved out of an impactful 2013 paper that was named one of the five most outstanding papers in Circulation Research for the year. In Remodeling of the Mononuclear Phagocyte Network Underlies Chronic Inflammation and Disease Progression in Heart Failure: Critical Importance of the Cardiosplenic Axis, Prabhu and colleagues showed that immune cells that are stored in the spleen were intricately involved in the heart failure that follows a heart attack, or infarction, in a mouse-model system. The splenic immune cells that invaded the heart tissue included pro-inflammatory macrophages and dendritic cells.

Since a primary function of the dendritic cells is to present an antigen to T-cells, to activate the T-cells and begin the immune response, the researchers suspected that T-cell activation in the heart tissue, and perhaps heart-tissue injury caused by T-cells, might be central to the pathological heart enlargement that is called remodeling.

Normally, the inflammatory response to tissue damage after infarction — death of muscle tissue in a heart attack — has two stages. First there is a beneficial, early acute inflammation response that removes dead cells and begins repairs to the injured area. Then, in healthy healing, the acute inflammation resolves, and a healing process follows. One problem in heart failure is a nonresolving, persistently overactive inflammation at the heart.

So the UAB researchers began to look for changes in subsets of T-cells over an eight-week period after heart attack. They found the CD4+ T-cells were globally expanded and activated during chronic ischemic heart failure, and that there was an expansion of memory T-cells in the spleen.

In particular, they found significant expansion of CD3+CD8+ cytotoxic T-cells and CD3+CD4+ helper T-cells in circulating blood, as well as increased CD4+ subsets of Th1, Th2, Th17 and Treg cells, indicating a pro-inflammatory response. In the failing heart, they found increased CD8+ and CD4+ T-cells, and increased Th1, Th2, Th17 and Treg CD4+ subsets. They also found a marked reduction of the Th1/Th2 ratio, and an increased Th17/Treg ratio, as well as upregulation of the inflammatory Th2-type cytokines.

In the spleen and mediastinal lymph nodes, they found significantly increased Th1, Th2, Th17 and Treg cells. The spleen showed increased expansion of antigen-experienced effector and memory CD4+ T-cells. Memory T-cells are the cells that become primed to mount a specific immune response when an antigen from a pathogen or injured tissue appears a second time. Memory cells are why vaccination is effective; however, in the case of heart failure, memory cells may be responsible for an ongoing capacity of T-cells to injure the heart.