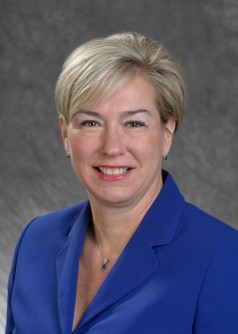 Ann Lynch is the ADHA director of governmental affairs, and while serving as a Minnesota state senator in 2009, introduced mid-level oral health care practitioner legislation that eventually was passed by the state - creating the first dental therapist workforce opportunity in the United States.

Newswise — Ann Lynch has served as the director of governmental affairs for the American Dental Hygienists' Association (ADHA) since 2012. She oversees the strategy and execution of the organization's advocacy efforts on the federal level, and directs the governmental affairs staff in their support and counsel to ADHA's state organizations in their advocacy initiatives. Prior to joining the ADHA, Lynch represented the residents of Rochester, Minn., and surrounding communities as a state senator from 2007 to 2011. In that role as state senator, in March 2009, Lynch introduced Oral Health Practitioner legislation that would eventually pass the Minnesota state House and Senate as Senate File 2083, a bill establishing the Dental Therapist and Advanced Dental Therapist providers in the state.

She is available via phone, WebEx and Skype for comments. Additional background on mid-level oral health care practitioners is also available from the ADHA.