• Government committed to create new protected area at high level meeting of the 4th International Congress of Marine Protected Areas – Chile (IMPAC4) • New protected area will safeguard leopard seals, elephant seals, black-browed albatrosses along with cultural heritage • Along with 2 other MPAs, Seno Almirantazgo will form the MPA Network of the Magellan Region – part of a larger MPA network in Patagonia to be developed among a collaborative public-private conservation planning process 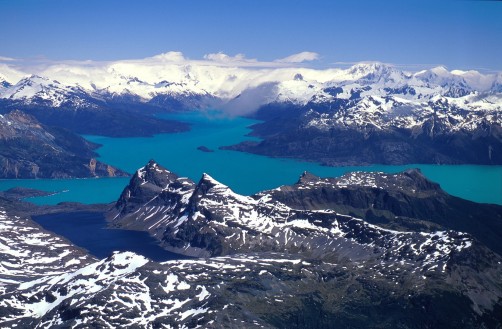 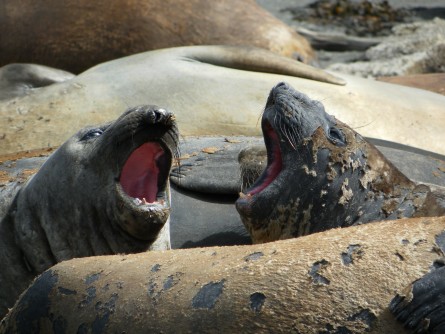 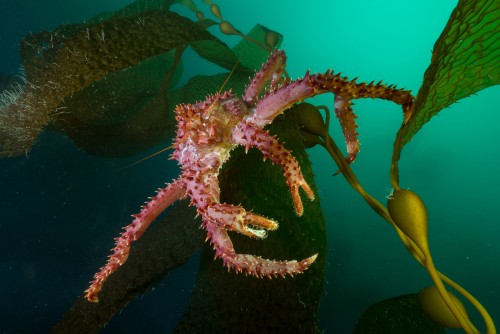 A king crab in the waters of Admiralty Sound in Tierra del Feugo.

The Sound, along with two other Marine Parks –Francisco Coloane and Cape Horn- will become the core of a network of MPAs for the Magallanes Region.

The announcement was made during the 4th International Marine Protected Areas Congress (IMPAC4) hosted by Chile. President Bachelet announced plans to protect 46 percent of the Exclusive Economic Zone of Chile.

Said President Bachelet: “We are becoming the country with the largest marine area protected in the world – a developing country that can be a leader in conservation. This is not a triumph of the government, it is a triumph of reason.”

Said the Minister of the Environment, Dr. Marcelo Mena: “Chile is a beacon of hope for conservation within the world. This represents an historical achievement for protection.”

Chile Country Director Bárbara Saavedra said: “This announcement of the first MPA in Tierra del Fuego will become a model for effective management of coastal conservation.”

Seno Almirantazgo was first proposed as a protected area by WCS Chile to the Ministry of the Environment in June 2017. This followed a decade of collaborative research, education and conservation work integrating multiple stakeholders in its design. The protected area has the support of the Governor of the Magallanes Region, the regional representative of the Ministry of Environment, the local governor of Tierra del Fuego, communal authorities of Timaukel and Porvenir, local fishing unions, and Karukinka neighbors.

Said Alejandra Figueroa, Head of the Natural Resources and Biodiversity Division at Ministry of the Environment: “The conservation of the Admiralty Sound is a collaborative workspace where WCS is leading an integrated marine and land strategy that will allow us to work together with fishermen, tour operators and other actors, based on adequate and sustainable management.”

The area is in need of protection. Two introduced mammals threaten the biodiversity of the fjord: the beaver, which builds dams in the rivers and streams of Tierra del Fuego, destroying forests and altering watercourses that reach the sea; and mink, which feeds on seabird eggs and chicks, with a high impact on the albatross colony of the Albatross Islet, the only known colony that nests and feeds in inland waters. In addition, the Sound, acting like a funnel of sea and wind, receives tons of marine debris including plastic bags, ropes, nets, and bottles, where it negatively impacts both marine life and tourism. At the same time, unregulated tourism can be a serious disturbance to natural life, causing abandonment of nests and migration of colonies to more protected sites, with serious consequences in their conservation.

By protecting Seno Almirantazgo, the Chilean Government is officially launching the Magallanes Network of Marine Protected Areas, first announced in 2015, which is expected to expand across the Patagonia region. The MPA network will enable Chile to meet its target of protecting 10 percent of relevant ecosystems by 2020, a goal in keeping with the Aichi Targets. While Chile’s marine protected areas already span 13 percent the ocean under national jurisdiction, some ecosystems are under-represented. For example, the Channels and Fjords Ecoregion of Southern Chile – the most pristine of the country – has less than 1 percent of its seas protected. The Network of Marine Protected Areas for Patagonia is a collaborative effort leaded by the Government of Chile and involving the work of various organizations including WWF, Fundación Huinay, Fundación Meri, Centro Ballena Azul, National Geographic’s Pristine Seas Program, and WCS Chile.

With a strong presence in Chile for more than a decade, WCS develops Tierra del Fuego's largest private conservation project in Karukinka Park, and has built collaborative relationships with government, private sector and local communities. Since 2009, WCS Chile has been working on the coast of Patagonia using science as the basis for the management and sustainable use of biodiversity and its ecosystem services, based on an integrative vision for marine conservation in the Southern Cone of South America.

These efforts have been generously supported by the Waitt Foundation, which has also supported the establishment of the WCS MPA Fund to assist countries worldwide in creating new marine protected areas in fulfillment of the United Nations goal to protect 10 percent of the oceans by 2020.