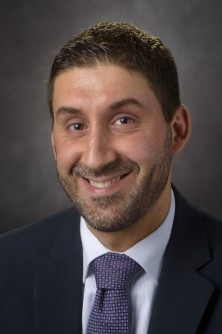 Newswise — HOUSTON ― Researchers at The University of Texas MD Anderson Cancer Center have discovered that adolescent and young adult (AYA) cancer survivors of acute lymphoblastic leukemia (ALL) and acute myeloid leukemia (AML) have reduced long-term survival rates compared to their peers without cancer. The study also found inferior long-term mortality outcomes persist as far out as three decades into survivorship.

The findings, published today in Cancer Epidemiology, Biomarkers & Prevention, suggest there is a gap in critical data surveillance that needs to be examined to further understand what is impacting long-term survivorship for AYAs.

“We need to think about the long-term life span and the quality of life for our patients. Cure is not enough for our AYA cancer survivors,” said Michael Roth, M.D., associate professor of Pediatrics Patient Care and director of the Childhood Cancer Survivorship Clinic. “Once these patients reach the survivorship stage of their journey, they may encounter additional side effects as a result of intensive treatment, lack of access to quality health care, and other issues that may negatively impact their health and overall survival.”

AML and ALL are two of the most prevalent leukemias diagnosed in AYAs ages 15 to 39 years old. The incidence of all cancers in the AYA population has increased by 30% over the past 50 years, although survival rates also have improved for all cancers impacting this age group. Still, cancer survivors are generally at higher risk for developing serious health conditions because of the treatments they receive.

In order to focus on disparities specific to survivorship and learn about patients’ outcomes after they survived their initial diagnosis, the researchers analyzed data from cancer survivors who were at least five years post treatment.

Of the patients surveyed, the average age of diagnosis for ALL and AML survivors was 23 and 28, respectively. The 10-year survival rate for AYAs in the general population was approximately 10% higher than that of AML and ALL survivors. Long-term survival has improved in more recent decades.

“In earlier decades, many more patients saw their disease return after a few years and they were not truly cured of their initial cancer. We will likely see more progress over the next decade or two as data continues to mature,” said Roth, who is also co-director of MD Anderson’s AYA Oncology Program. “Most of the improvements will be due to new immunotherapies and targeted agents that are changing the standard of care for patients.”

Other key data in the study showed no evidence of survival difference between male and female ALL survivors, but male AML survivors lived just 61% as long as females. Additionally, other data suggest men have twice the risk of heart disease as well as other health problems, which may be compounding the issue.

Hispanics and Blacks also had lower survival rates at 10 years after diagnosis compared to other groups. In general, minorities have been associated with higher risk for disease, more intensive therapy, poorer short-term outcomes and an elevated risk for late side effects.

“The differences between male and female survival rates may be related to male survivors potentially having less health care follow-up than female survivors; and minority groups may have less access to quality health care, and ultimately less preventive care,” Roth said. “Having access to more detailed socioeconomic data on survivors also could help provide a more accurate assessment of the outcomes that impact the data.”

Although leukemia is still the most common cause of death for this group at the five-year mark, mortality beyond 10 years is most likely attributed to secondary or late side effects, cardiovascular disease or a secondary cancer. Roth also noted that most patients diagnosed with leukemia will at some point have to undergo a stem cell transplant, which can lead to the development of serious chronic health conditions.

“The data from the national registry used for this study gave us insights into some possible challenges AML and ALL patients may encounter throughout survivorship, but we need to more thoroughly survey their journey,” Roth said. “An examination of their socioeconomic status, co-morbidities, access to quality health care and other risk factors that may impact their survivorship is warranted.”

Roth suggested future research with AYA survivors of AML and ALL could mirror work currently being done with Hodgkin lymphoma survivors, including efforts to limit side effects from treatment by focusing on less toxic therapies as well as incorporating exercise and nutrition into earlier stages of survivorship care.

This research was supported by the National Cancer Institute at the National Institutes of Health (P30 CA016672; R38-HL143612) the Archer Charitable Foundation, and LyondellBasell. The authors have no conflicts of interest. A full list of collaborating researchers is included in the paper.