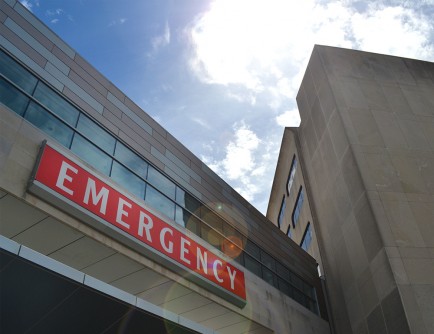 Newswise — Adolescents with autism spectrum disorder (ASD) use emergency department services four times as often as their peers without autism, according to Penn State College of Medicine researchers. The findings suggest that youth with autism may need better access to primary care and specialist services.

The researchers looked at private insurance healthcare claims from 2005 to 2013 in 12 to 21 year olds. Adolescents with autism included in the study received at least two separate diagnoses of ASD over the timeframe. Two diagnoses reduce the chance of including misdiagnoses.

Although there was no significant increase in autism rates among adolescents in the study over the nine-year period, emergency department use in adolescents with autism increased five-fold, from 3 percent in 2005 to 16 percent in 2013. During the same time period, emergency department use in adolescents without an autism diagnosis remained steady at around 3 percent. Researchers report their results in the Journal of Autism and Developmental Disorders.

Previous research has shown that although youth with autism should be visiting primary care doctors and specialists more often than their peers, these services are under used in adolescents with ASD.

Guodong Liu, assistant professor of public health sciences and lead author of the study, said there could be a link between this under use of preventive care services and overuse of emergency department services.

"We believe if their regular medical and behavioral specialist services served them better, a big portion of them would end up with fewer emergency department visits," he said.

In addition, Liu said, changes related to puberty and the transition to adulthood may be more difficult to manage for youth with autism compared to their peers. However, their parents and other caregivers may not be aware that they need extra guidance and support at this vulnerable time.

Some adolescents with ASD may injure themselves physically during times of stress, by cutting themselves, for example.

"The consequence is they're more likely to end up in the emergency department," Liu said.

Liu hopes the study brings more attention to the behavioral and physical health needs of autistic adolescents, whom he said are both underserved and understudied—especially compared to younger children with ASD.

With an extensive background in data mining, Liu is also searching for modifiable factors that could be addressed to reduce emergency visits and resulting hospitalizations in adolescents with autism.

For now, he says, "These patients need to be actively taken care of and monitored. There should be better communication between these adolescents and their caregivers and with their regular pediatricians and specialists. If we can do those kinds of things we may help them have less frequent emergencies."